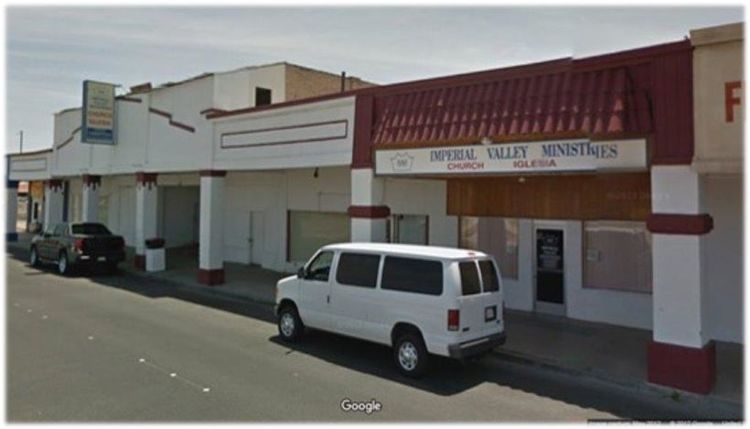 See, earlier The Fulford File | The Immigrants Who Bring Their Slaves To America, And The Press That Doesn't Want You To Know

As I've been writing for years, no matter how much you hear about the slavery that started in 1619 and was abolished in 1865, slavery in the US is committed by immigrants on other immigrants. This looks a little more like peonage than slavery, but of course everyone involved seems to Mexican.

Here's a picture of the locks on one location: 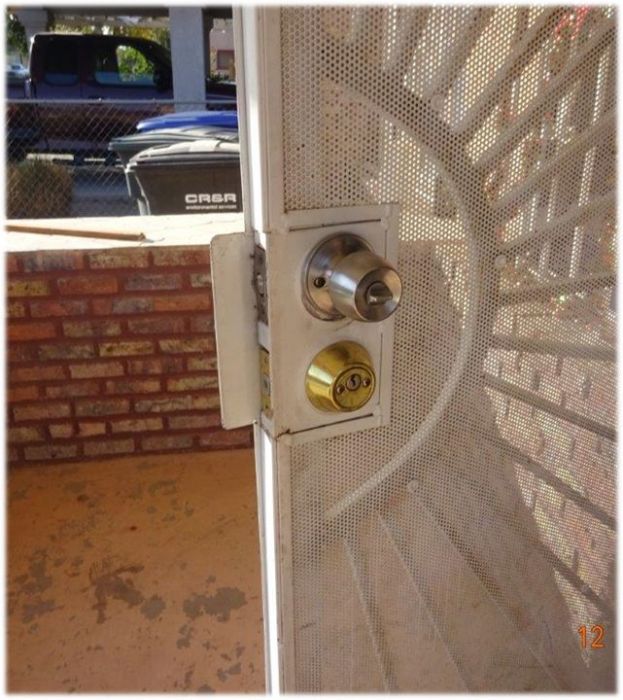 That's an unbreakable metal door that locks from the outside. You need a key to get out.

A dozen leaders of an El Centro-based church were arrested Tuesday as a federal indictment was unsealed, accusing them of luring people into forced labor and servitude with the promise of food and shelter.

Dozens of victims — many of them homeless — wound up held captive, forced to relinquish their identification and belongings, while Imperial Valley Ministries profited off them, U.S. Attorney Robert Brewer said in a media briefing Tuesday afternoon.

The victims, as young as 17, were spread across locations in the U.S. southwest, officials said.

Prosecutors say they had to panhandle as many as nine hours a day, six days a week, with the church pocketing the money. They were also allegedly coerced into surrendering welfare benefits, and ordered not to seek outside work. 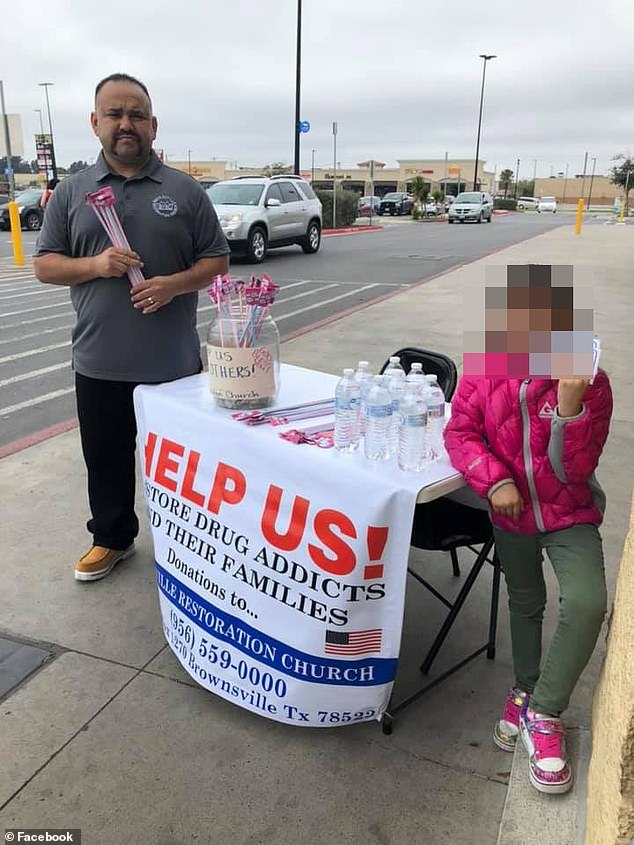 "The indictment alleges an appalling abuse of power by church officials who preyed on vulnerable homeless people with promises of a warm bed and meals," Brewer said. "These victims were held captive, stripped of their humble financial means, their identification, their freedom and their dignity."

Officials identified them as:

Imperial Valley Ministries, or IVM, is a nondenominational ministry that represents its leaders as "missionaries to drug addicts," Brewer said.

Officials say the church has been around since the '70s but didn't have a physical location until the '90s. The alleged criminal activity began around 2013, when Gonzalez became the church's leader, according to the indictment.

IVM now has a network of about 30 churches in the U.S. and Mexico, with locations in Los Angeles, Santa Ana and Las Vegas. It also owns and operates five group homes: three in the El Centro area, one in Calexico and one in Chula Vista, prosecutors said.[More]

As I say, this kind of thing is not an American custom.