[VDARE.com Note: Dr. Bello falls into our category of "Disgruntled Minority Massacres"—minority employees who, angered by being fired, or with feelings of being victimized by racists, slaughter their employers and fellow employees. Whether he's also a member of the class of "Immigrant Mass Murderers" remains to be seen. The media won't tell us, but if we find out where he went to medical school...] 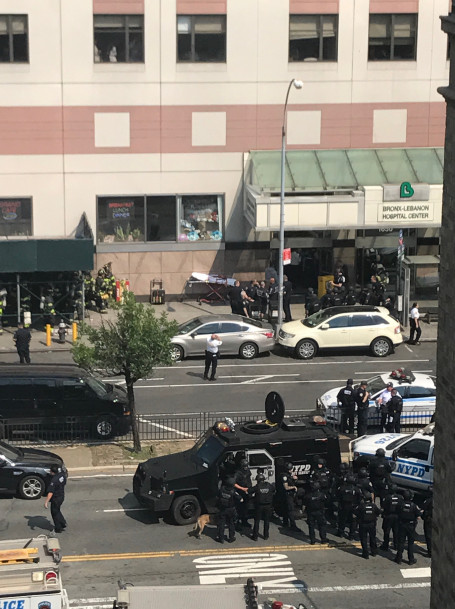 Outside the crime scene at Bronx-Lebanon Hospital

By “W” and An Anonymous Reader

A man with a doctor’s coat and a rifle opened fire on multiple floors of a Bronx hospital Friday afternoon, killing one woman and injuring up to six people, sources said.

The shooter, Henry Bello, is a former employee at Bronx Lebanon Hospital, according to sources. 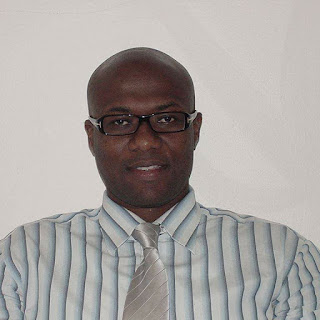 Bello went on a shooting spree around 3 p.m., opening fire on five floors of the hospital, sources said. There was an explosion on another floor, sources said.

Three of the victims are doctors, according to the New York Times.

As a gunman opened fire, people inside hid in place as authorities searched for the gunman.

“What do you do when you hospital has shooter in it,” @herrydrk posted on Instagram, with a photo showing her door boarded up with a chair and and [sic] garbage can.

She later took a selfie in the same room, with the caption, “Nice start of the weekend.”

Another Instagram user, @bodonf, posted a video in Spanish calling himself “just a guy stuck in a room in the hospital.”

He said was told to stay put while the hospital was placed on lockdown.