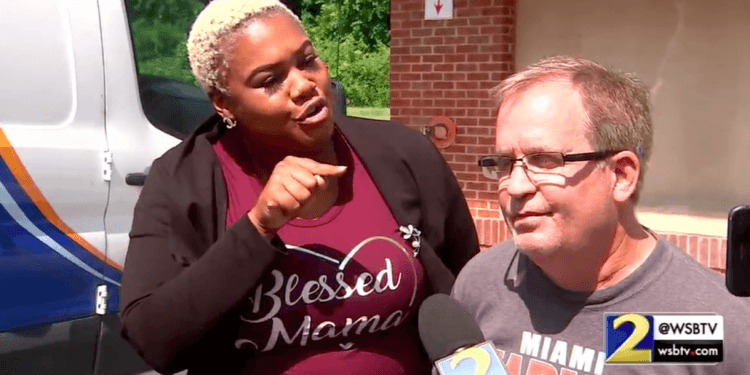 Annals of Projection: Turns Out Erica Told Eric, Not the Other Way Around, to "Go Back Where You Came From"

In huge breaking news from the Atlanta Journal-Constitution:

A witness to a heated grocery store encounter between state Rep. Erica Thomas and a man she accused of uttering racist comments told authorities she didn’t hear him make those remarks, according to a Cobb County police report.

A Publix employee told a Cobb County officer that she witnessed part of the conversation and heard Thomas “continuously tell Eric Sparkes to ‘Go back where you came from!’” but did not hear Sparkes utter those words to Thomas.

… Thomas’ attorney, Gerald Griggs, said the officer’s report shows the case needs additional investigation because the employee, and another witness who also said he didn’t hear Sparkes use the phrase, “didn’t hear the initial argument.”

Cobb authorities, meanwhile, said Tuesday they don’t intend to file criminal charges in the case after what the police department said was a “thorough” investigation into the confrontation.

If you want a vision of the future, imagine a giant black lady Democrat and a stumpy Hispanic Cuban Conquistador-American Democrat squabbling about a supermarket checkout lane—forever.

I wonder if the news media and the Democrats are starting to wake up to the fact that Black Twitter isn’t a wholly reliable news source? Believing Black Twitter is more or less what gave us Trayvon and Ferguson, which in turn helped give us Trump when those proved to be factual fiascos. But here’s a question for psychologists and philosophers: Can you learn something if you don’t dare articulate it?