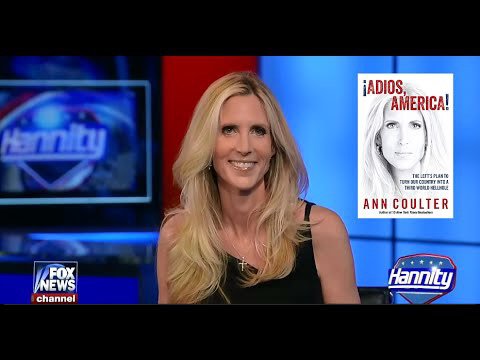 Ann Coulter: We ALREADY Have Laws That Could Have Jailed Kate's Killer, But They're Not Being Used

Bill O'Reilly has come up with a "Kate's Law" to keep illegals from coming back five times without being jailed, and has a petition to sign, addressed to McConnell and Boehner:

We, the undersigned, respectfully ask Congress to pass Kate's Law whereby undocumented aliens who are deported and return to the United States would receive a mandatory five year sentence in a federal penitentiary upon conviction.

Ann Coulter points out that we already have this law, and more—it's just that it's not being enforced.

Immigration law @oreillyfactor and his guests are COMPLETELY unaware of: 8 USC 1326 - http://t.co/Qm1HsYhDtI

If only someone had written a bestselling book @ immigration @oreillyfactor could put on, to prevent these stupid mistakes!

This is kind of the point I was making last night—just as the Marines are perfectly capable of defending themselves if they're allowed to have guns, America's court system is perfectly capable of putting illegals in jail...if either Republican or Democratic administrations would let them.