Watch: Andrew Yang’s response to a question about how he would handle mental health during Wednesday's NYC mayoral debate drew fire on social media from people who said it lacked empathy or understanding. https://t.co/frKMJ3naJf pic.twitter.com/g9VKD1CoX5

New York City mayoral elections always wind up sounding like an excerpt from a Batman movie. Andrew Yang has decided to cast himself in the Bruce Wayne role. Hence, from the New York Times:

The Democratic candidates for mayor of New York were asked during Wednesday’s debate how they would address mental health and homelessness. Andrew Yang’s response differed from his rivals’.

“The fact is, mentally ill homeless men are changing the character of our neighborhoods. A woman my wife, Ellen, is friends with — and her mom grew up in Hell’s Kitchen — was punched in the face by a mentally ill man, sent a picture of her bruised face around the mom group, spread like wildfire. This is happening in New York City. And we’re not talking enough about it. Families are leaving as a result, in East Harlem, the neighborhood has been changed. Upper West Side, the neighborhood has been changed. We owe our people and our families better than this. And I’m frustrated by the political nature of these responses. I mean, we’re not talking about housing affordability. We’re talking about the hundreds of mentally ill people we all see around us every day on the streets and the subways. We need to get them off of our streets and our subways, into a better environment. And when you ask what I’m going to do differently, I’m going to rebuild the stock of psych beds in our city because the number has gone down 14 percent — it should be going up 100 percent until there are resources necessary for anyone who’s mentally ill to not be on our streets. It’s not right for them. It’s not right for a city. There will be no recovery until we resolve this. I will fix this.”

“Yes, mentally ill people have rights. But you know who else have rights? We do. The people and families of the city. We have the right to walk the street and not fear for our safety because a mentally ill person is going to lash out at us.” 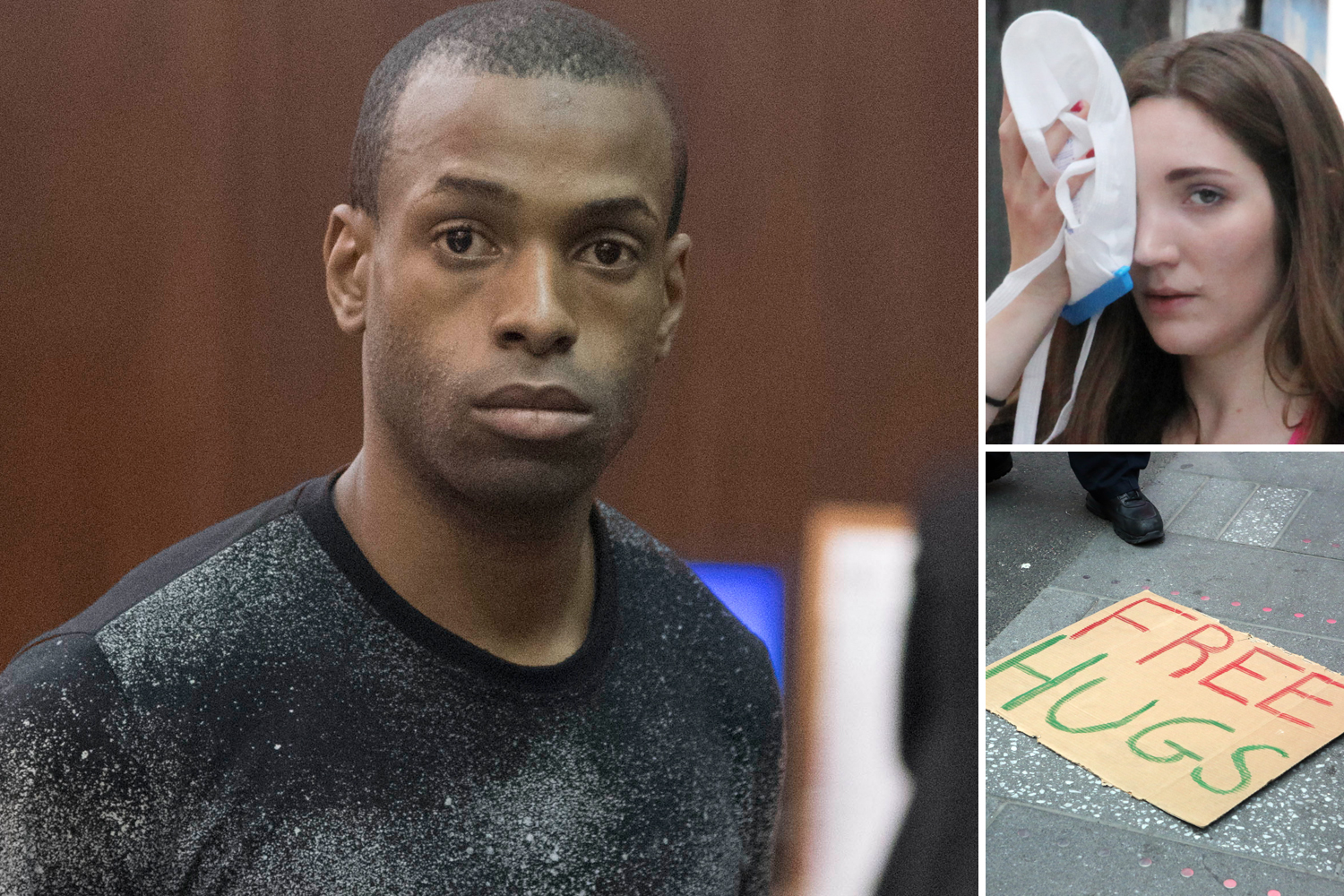 A large portion of the the random attacks on passer-bys on city streets, e.g., the punching of unimposing funnyman Rick Moranis, are committed by repeat offender crazymen who should be locked up until they stop being a menace to society.

For example, I know a young lady who was punched in the head in the 42nd Street subway station by Jermaine “Free Hugs” Himmelstein, who had been for years punching white girls in Times Square and Washington Square who turned down his offer of free hugs (for which he then demanded $5). Finally, he was caught on video a couple of months later punching a pretty girl from Canada in Times Square. This was his 16th arrest for the same behavior, but because this video had gone viral, they finally didn’t just let him go to do it again.

The Democratic candidates for New York mayor clashed at Wednesday night’s debate over how to help those who showed signs of untreated mental illness on city streets.

… With the comments, Mr. Yang doubled down on remarks he had made earlier in the evening, when he was asked about people experiencing homelessness.

“Mentally ill homeless men are changing the character of our neighborhoods,” he said, adding that families were leaving New York City because of their presence on the streets.

“We’re talking about the hundreds of mentally ill people we see around us every day on the streets and the subways,” he said. “We need to get them off of our streets and our subways into a better environment.”

Together, the comments reflected the aggressive rhetoric Mr. Yang has been using in recent days when talking about social issues and crime.

His comments drew fire on social media from people who said they lacked empathy or understanding, and stigmatized people with mental illness.

Many pointed out research that shows people with serious mental illness are far more likely to be victims of violent crime — not perpetrators.