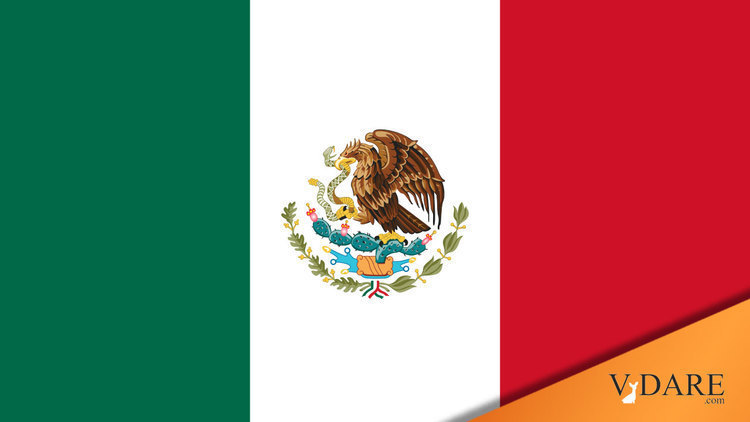 You may have missed the sweet soccer victory on Saturday where the United States thumped the arrogant Mexican team 2-0, in a game played in Columbus, Ohio, a site deep in the heartland chosen to provide a majority-American crowd. The win qualifies America for the World Cup next year, a fine thing in itself.

The match was a welcome payback for a 2-1 loss in March which took place in Mexico City. Mexicans followed that game with a session of American-flag trampling in front of the US embassy, with chants of "Osama!"

So kicker Landon Donovan of Redlands, California, has had a few words of his own to share before and after Saturday's game. (In 2002, he smacked home a decisive goal against Mexico to reach a 2002 World Cup quarterfinal, and is therefore not much liked in sombrero-land.) He laid down a take-no-prisoners line in the sand:

"I want (today) to be a miserable day for them," Donovan said of the Mexican players. "The best way to make them miserable is to beat their national team." [...]

"They are jealous of us, the Mexican players, because we've got a life and they have nothing," Donovan said. "Because of that they despise us."

Donovan apparently doesn't care much for Mexicans. Maybe he thought the death threat trash talk by a Mexican player against his mother was over the line. He didn't let up in victory either:

"They suck," he said. "I'm so happy. After we got that first goal they were never in the game. Hopefully that will shut them up for the next three or four years."