American Renaissance Conference In Tennessee A Success, And Here Are Some Reasons Why

The American Renaissance Conference held in Tennessee this last weekend was a success, unlike the last two, in which anti-racist fanatics managed to shut down by threats  and smears, directed at the management of the hotels involved.

Kathy Shaidle attributes it to fighting back, something she's a great believer in. She writes

They’ll see the courageous “anti-racists’” “threat to boycott and demonstrate” and raise them a “conspiracy and tortious interference with contract” lawsuit:

The event began Friday evening with a reception, after which AR editor Jared Taylor gave welcoming remarks. He thanked Comanche activist David Yeagley (see below), plaintiff in a suit against the “anti-fascists” who caused trouble in past conferences, as well as the legal team of Camara & Sibley that has been managing the case.

The suit has already produced one settlement, and its sobering effects on the opposition resulted in a very quiet run up to the conference.[More]

And yes, all honor to Dr. Yeagley for suing the bastards, and his lawyers for helping him. Kathy is quoting the story AmRen Conference Held in Tennessee, by Henry Wolff, American Renaissance, March 19, 2012.

Another reason is that the conference was located in a state park in Tennessee, which is in America. Previous conferences have been held, or prevented from being held, in the DC area, which within walking, bicycling and public transit range of  the loony protest left.

This years conference location was not within protester walking distance of anywhere. (Protesters are extremely lazy.)

"The 2012 American Renaissance conference was held over the weekend in a beautiful state park in Tennessee. The audience of 150 was below the 250 who attended in the days before the partisans of “tolerance” disturbed the meetings in 2010 and 2011, but it was an inspiring beginning to the process of rebuilding. The event proceeded smoothly, with the complete cooperation of the state authorities and without a demonstrator in sight. A couple of lonely scruffies were reportedly waving placards out of sight at the entrance to the park—perhaps a mile away from the conference site. The beauty of the park—woods, lakes, trails, and lovely views from all the rooms—as well as the Southern hospitality of the staff won high praise from attendees.

Another point is that the facility they rented was a State Park, not subject to commercial boycott pressures.

A previous conference in Charlotte, NC, was shut down with the assistance of Charlotte Mayor Pro Tem Patrick Cannon:

The State Parks of Tennessee are ultimately under the authority of Governor Bill Haslam: 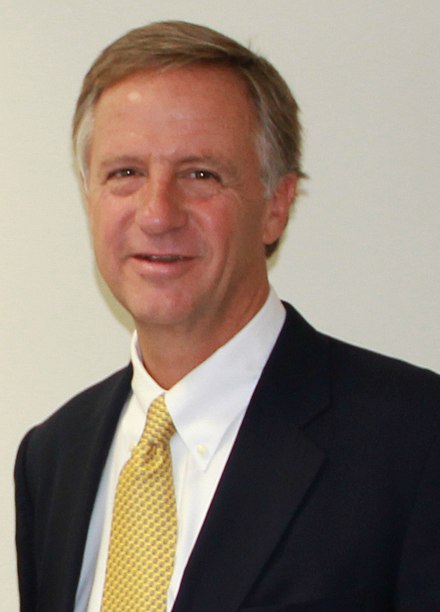 I'm not suggesting that Governor Haslam has even heard that there was a conference, or would have approved of it.

Steve Sailer could explain why.