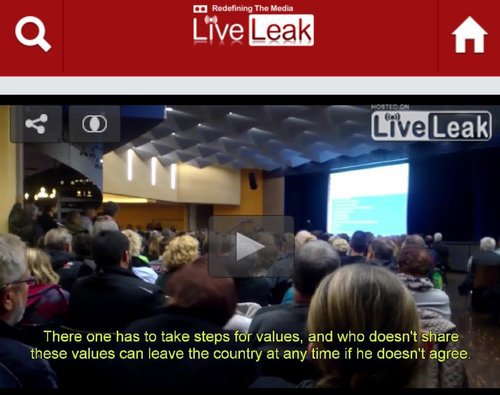 All Disguise Cast Off—German Official Tells Germans That IfThey Don't Like Living With "Migrants", They Can Leave Germany

A character in one of Evelyn Waugh's novels reacts to the Nazi-Soviet pact with the thought:  "The enemy at last was plain in view, huge and hateful, all disguise cast off."

I had a similar reaction to this video clip of Walter Lübcke, District President of Lohfelden in the heart of Germany, telling a hall full of citizens that if they don't like mass settlement of Muslims in the district, they should leave Germany.

There it is, plain in view, all disguise cast off:  The globalists hate their own ancestral populations and want us gone.

At this point no-one has any excuse for not knowing the agenda.