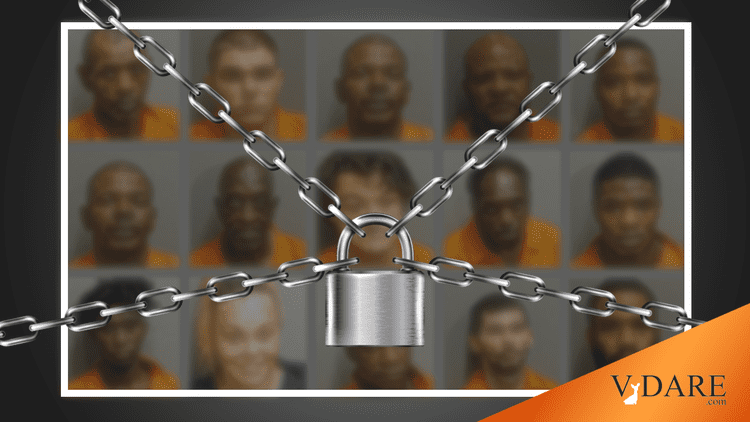 Alabama's AL.com Stops Publishing Mugshots Because Of Too Many Black Faces

It’s happening across the nation. Newspapers have decided concealing the faces/images of those who break the law and commit crime in the communities they purportedly serve is a greater public good than publishing those images.

Why? Because too many non-whites are committing crime, and this serves “little journalistic value” and continues to “reinforced negative stereotypes” white people have established regarding People of Color and criminality.

Interestingly, this is all being done in states once comprising the Confederacy.

Beginning today, AL.com will no longer publish mugshots as part of its crime and justice coverage, with a few exceptions.

Exceptions can include when a suspect is arrested and accused of committing capital murder, corruption by public officials or crimes involving a breach of public trust. And, we’ll use them when a search is ongoing after a violent crime or in unusual instances when the mugshot is of compelling public interest.

I’m certain there are occasions we haven’t yet imagined where we might deem a mugshot necessary to our reporting, and when those instances arise, we’ll explain why we chose to publish the image .

This is a first step in reimagining our coverage of crime and justice. In November, a group of Alabama Media Group reporters and editors began discussing how to make our crime and justice coverage more meaningful for our digital readers.

Here are some of the problems we see with publishing mugshots with crime stories:

The only way the public can evaluate the functioning of its legal system is to observe its activities, to study how police and prosecutors and elected judges go about their jobs. To that end, we will continue to review mugshots regularly and believe they should remain a matter of public record.

Some of you might have questions about mugshots used in past coverage. We have yet to make a decision about how to handle archived material.

We have much work to do in developing an approach that helps Alabamians understand how our state’s criminal justice system works, how it impacts us and how we can all work toward improving it.

Truth, it seems, has a well-known racial bias.

To quote one of the prophets of the 21st century, “punishment must be unusual or it serves no purpose.”

Those who break the law should have their photos published in local papers, for shame serves as a great deterrent to repeat offending. The community should be made aware of those who break the law, and if racial patterns emerge, then society can pass laws based on this information to protect the law-abiding.

For remember: in a multiracial society, social policy shouldn’t be based on individuals.

And once stereotypes are confirmed to have firm basis in racial truth, social policy will immediately be crafted from these observations.

not reporting raceMugshots
<< Previous
Next >>
LATEST