In an odd way, the rise of nationalism is forcing the Left to abandon one pretense after another and admit what we already suspected they really feel. Of course mass immigration is bad for Western nations and that's precisely why leftists favor it. Of course Conservatism Inc. despises its own constituents, which is why it is now actively trying to give the presidency to Hillary Clinton in order to squeeze a few more years of donations out of the gullible.  And of course one of the purposes of mass immigration is to deconstruct nations in order to transform once proud countries into random collections of deracinated, impoverished consumers. 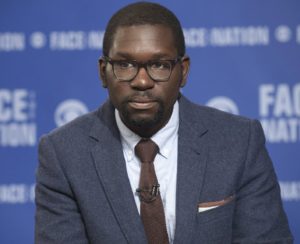 Here in the United States, our polls show a substantial Trump loss in the general election against Hillary Clinton, just as they showed a substantial Trump win in the Republican presidential primaries. The chief reason is that, unlike the U.K., the U.S. has a large voting population of nonwhites: Latinos, black Americans, Asian Americans, etc. In Britain, “black and minority ethnic” people make up about 8 percent of the electorate. By contrast, people of color account for nearly 1 in 3 American voters. In practice, this means that in the past two national elections, there has been an electoral penalty for embracing the most reactionary elements of national life. And we see this in the polling between Trump and Clinton. If the United States were largely white—if its electorate were as monochromatic as Britain’s—then Trump might have the advantage. As it stands, people of color in America are acting as a firewall for liberalism—an indispensable barrier to this surge of ethno-nationalism.

[Embattled whiteness gave us Brexit. It won't give us President Trump, Slate, June 24, 2016]

Bouie argues global capitalism is upsetting "racial hierarchies" in Western nations because capital doesn't respect race. Of course, this contention has a number of problems.

First, this isn't some inevitable, directionless process, it is something deliberate and, critically, something limited to the West. Japan and South Korea are also important parts of the global economy, but you rarely hear arguments about why Asian nations need to abolish themselves in order to increase GDP by half a percent. Indeed, if present trends continue, one can only imagine the snickering by future Asian historians about how stupid Europeans were to believe prosperity requires abolishing the nation.

Second, Bouie accepts at face value the Narrative of "White privilege," where "whiteness" constitutes certain benefits. Again, this is the assumption that someone other than racial liberals have been in charge of the West over the last half century. It's important to remember that Bouie's lecturing is simply an attempt to protect his own economic niche. Absent the myth of White oppression and White privilege, he doesn't have a job.

Finally, Bouie suggests that while workers who vote for "nativism" shouldn't have their views respected, progressives can still counter the backlash to global capitalism by increasing the social safety net. But this simply doesn't make sense. Labor is a commodity. If the supply of labor is increased by an unlimited amount, workers of all races will continue to be impoverished. It will be a global race to the bottom, cynically justified with vague rhetoric from racial rent seekers like Bouie about "multiculturalism" and "diversity."

As always, the same people lecturing us about "White privilege" are defending the interests of the most privileged people on the planet from nationalism, the one force which could stand in their way. But modern leftists are willing to utter destroy the workers of the world if it means the hated nations of the West are destroyed.

Brexit has not only revealed the hatred of Western elites for their own nations and peoples. It has not only revealed how our "liberal democracies" only like democracy if it produces the desired result. It has revealed shows that plutocratic globalism and multiculturalism are inextricably linked. It's given us the despicable spectacle of supposed progressives crying that national independence shouldn't stand in the way of the profits of George Soros.

You can't call yourself an opponent of "the 1%" and simultaneously shill for mass immigration and open borders. If you care about workers, you're either an immigration patriot or a liar.