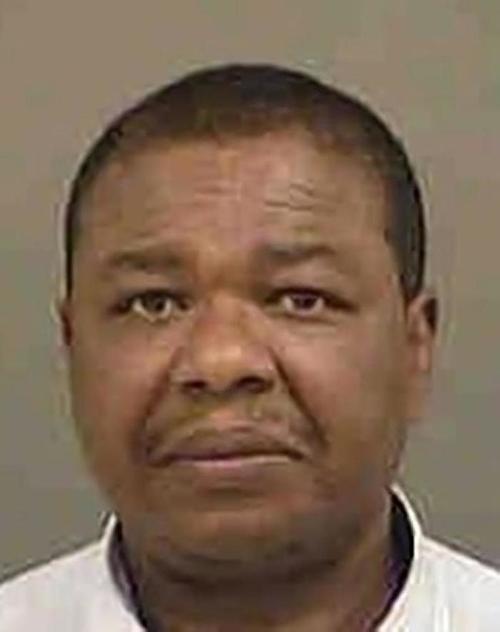 Below are some of the headlines in the story of Dr. Fidelis Edosomwan (above) alleged sex criminal.

I’ll give you the some details from the New York Daily News version:

The Charlotte doctor had been busted in late January for the sexual assault of two patients.

According to the initial arrest warrants obtained by WBTV, Dr. Edosomwan exposed his private parts during the examinations of the victims. He also "lifted the (second) victim's shirt and bra and then rubbed her breast during a medical exam without the victim's consent," according to the warrants. [More]

Now, what I want to know is, why do they think of Dr. Edosomwan (full name Dr. Fidelis Iguodala Uwensuyi-Edosomwan) as a “North Carolina” doctor, a “Charlotte” doctor, or if you’re a local Charlotte news provider, a “Local” doctor? Is he, in fact, an American doctor at all?

The answer is “Of course not.” Dr. Edosomwan is an African doctor, who happens to be practicing in America.

Although he did his Residency in Internal Medicine at “Historically" black Howard University, his original training as a doctor was at the University of Benin Faculty of Medicine, Class of 1987. [Dr. Fidelis Uwensuyi-Edosomwan, Internist in Charlotte, NC US News Doctor Finder, no date]

That makes him an "African doctor", a "Beninese doctor", or an "immigrant doctor" for headline purposes, doesn't it? Well, no.

You see, while I can find out that Dr. Edosomwan hails from Benin with the click of a mouse, none of the MSM sources have that information. A Google search for "Edosomwan and Benin" turns up none of the over 3000 stories about Fidelis Edosomwan in the news, it only shows news about other Edosomwans in Benin, where it must be a fairly common name.

So if I can find that out with the click of a mouse, what's the Daily News's excuse? Their computers don't have mice?