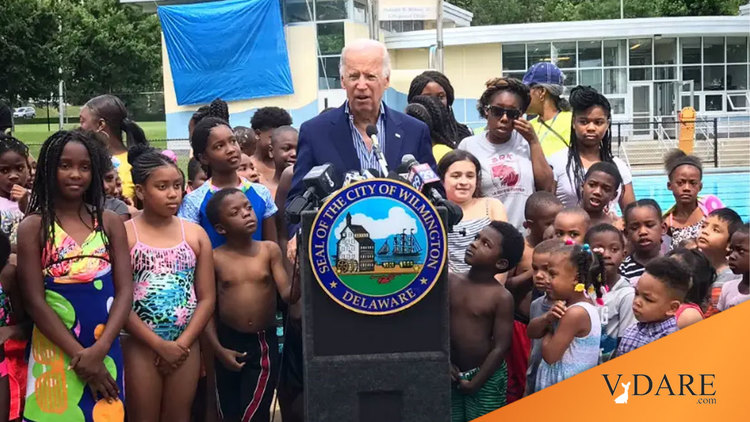 Affirmative Action's Twilight: More Than 3 Out Of 4 Americans Reject Biden's Push For Only A Black Female Nominee To SCOTUS Vacancy

If you just sit back for a second, you can feel the political winds shifting.

The majority of Americans who participated in a new poll want President Bidento consider “all possible nominees” following the president’s commitment to nominate a Black woman to the high court.

An ABC News/Ipsos poll out Sunday showed that 76 percent of Americans wanted the president to consider “all possible nominees” while just 23 percent wanted him to only consider Black women for the nomination.

Fifty-four percent of Democrats agreed that Biden should consider all potential candidates, according to the poll.

The poll was conducted between Jan. 28-29 and included a national sample of 510 adults. It has a margin of error of 4.9 points.

During a ceremony in honor of Justice Stephen Breyer, who will retire at the end of this term following 27 years on the high court, Biden said last week that he would honor his commitment without compromising on the quality of the justice to fill the lifelong role.

“The person I will nominate will be someone with extraordinary qualifications, character, experience and integrity. And that person will be the first Black woman ever nominated to the United States Supreme Court,” Biden said. “It’s long overdue in my view. I made that commitment during the campaign for president, and I will keep that commitment.”

On Sunday, Sen. Dick Durbin(D-Ill.), who chairs the Senate Judiciary Committee, said that it was too early to consider anyone a frontrunner for the role.

“I think suggesting there’s a front runner or this person is now moving ahead, that’s unfair to all the nominees. This is in the hands of the president as it should be,” Durbin said on NBC’s “Meet the Press.”

If ever a scenario helped prove the claim of Black-Run America (BRA), it was Biden’s promise to appoint a black woman to SCOTUS.

If ever a scenario played out demonstrating the absurdity of affirmative action and quotas, it’s Biden’s promise to consider appointing only a black female nominee to SCOTUS.

And three-fourths of America stand opposed to this plan.

The winds are shifting. Where they are headed, no one knows.