Accused "Fake Indian" Michelle Latimer Innocent Of Being Pure White, Has Native Ancestry After All 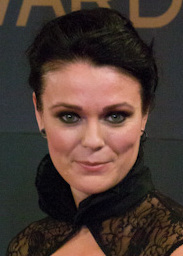 Michelle Latimer, right, is a Canadian woman who has won awards for her documentary, Inconvenient Indian, before people started to questions whether she was really, even partially, of Canadian Indian descent, as her grandfather had told her she was.

Her grandfather had used the term Métis, which is French for "mixed" and is the same thing as the Mexican term mestizo.

When people started to question this, she apologized for not "confirming" her ancestry, a mistake. As Vox Day points out in his book SJWs Always Lie, you should never do this. Her film, which seems to be the usual anti-white propaganda "was set to have its international premiere at the 2021 Sundance Film Festival, but was indefinitely pulled from distribution by the National Film Board of Canada while Latimer's identity is investigated" according to WikiPedia.

Now she's had careful genealogical investigations done, and found "indigenous" ancestry on both sides of her family, see 'All I can do is speak my truth’: Filmmaker Michelle Latimer breaks her silence after Indigenous ancestry controversy, by Barry Hertz, The Globe and Mail, May 11, 2021.

Canadian journalist Jon Kay asks if people will apologize to her:

Well, she's definitely suing the CBC, Canada's government broadcaster, which did a story saying she was white, and cancelled the second series of her drama Trickster:

She told the Globe and Mail's Barry Hertz, above, that

The CBC article painted a picture of someone who is misrepresenting themselves as a fake and a liar. All I can say is that I never misrepresented who I was. I never intended to mislead anyone who I worked with. I tell Indigenous stories because that feels true to my experience, and it’s what I love to do. The fact that I’ve been painted as someone who has been profiting for my own gain feels so unfair and misguided."

The point is that she is profiting from her actual (fairly minimal) native ancestry by making documentaries about Indians. As a professional Indian, the accusation of being white was devastating for her in her loss of non-white privilege. Now she's seeking the restoration of her right to make anti-white hate films. 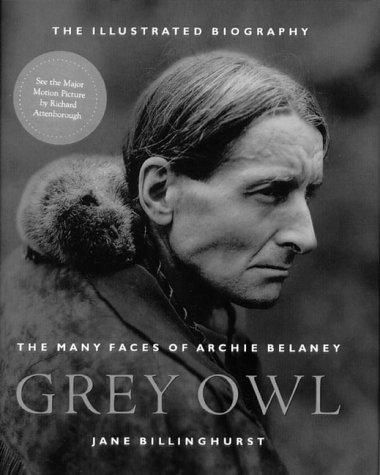 Well, I wish her luck, and will put an update to our old story, based on MSM reports, headed Another Affirmative Action Fake, This Time A Canadian Fake Indian.

However, this reminds us that whatever any achievement gap, wealth gap, or imprisonment gap Canadian Indians may suffer from, they're not victims of discrimination, but posessors of privilege, and pretending to be an Indian has been a path to wealth for talented white fraudsters since the career of Grey Owl (born Archie Belaney in Sussex, England) in 1931.