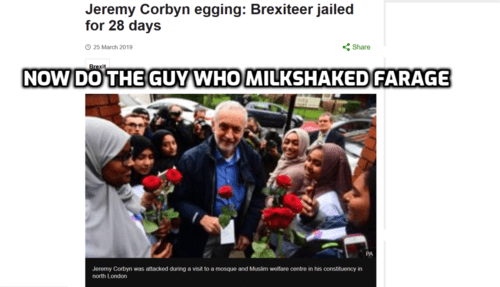 Re: VDARE Radio: Journalists Celebrate Political Violence In The United Kingdom While Speech Is Criminalized

For the barking, screaming, double standard on the subject of “milkshake” attacks like the one that hit Nigel Farage check out: Jeremy Corbyn egging: Brexiteer jailed for 28 days, BBC, March 25, 2019.

And for a bit of related light relief, which Peter Brimelow and John Derbyshire may even remember, check out this: 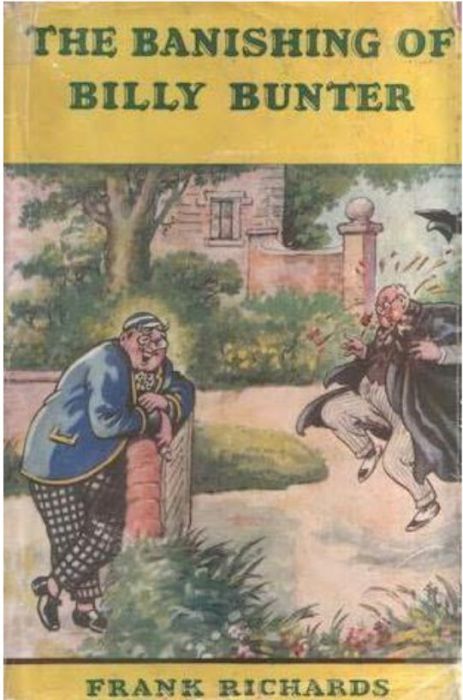 “Boy!  Do I understand you to say that it was your intention to throw an egg at a member of my Staff?” exclaimed the Head.

“Oh! No, sir!” he howled. “I didn’t—I mean I wasn’t—I never! I—I was saying something else when Mr. Prout heard me say I’d shy it at him, sir—. Besides, I dropped the egg, sir, and—and it was smashed—not—not that I had an egg at all, sir! I—I never found it at the back of the study cupboard, sir—you—you can ask Toddy, sir—he saw me taking it out—.”

“Bless my soul!” repeated the Head.

“You hear him, sir?” boomed Prout. “You hear him? A more utterly and unscrupulously untruthful boy, sir—.”

“The matter seems clearly established,” said Dr. Locke. “Bunter! You were heard to threaten to throw something at Mr. Prout—apparently an egg!—and a tomato was thrown—.”

“You need say no more, Bunter.”

The Banishing of Billy Bunter, by Frank Richards, 1956