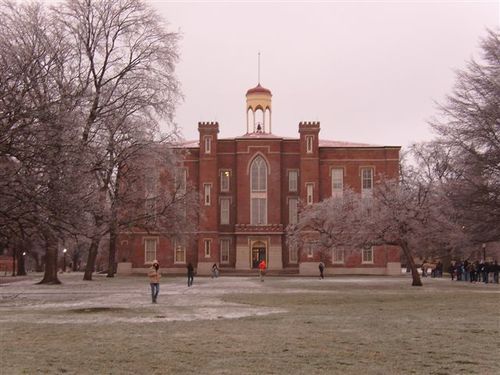 A New Education Cargo Cult: It's The Zip Codes!

[Adapted from a recent Radio Derb—available exclusively on VDARE.com. ]

There is no region of our culture where determination to ignore the realities of human nature is more doggedly pursued than education.

An analysis released Tuesday by Families for Excellent Schools, a pro-charter group, says only 12.7 percent of this year's African-American high-school freshmen and only 12.1 percent of Hispanics will end up with four-year bachelor's degrees.

The organization, which said it based its conclusions on public data, put the comparable rate for whites at 37.5 percent and Asians at 40.4 percent.

Half a million children—almost all of color—are trapped in failed schools.

Yeah, right. "Trapped": the poor kiddies are chained to their desks while the bricks and mortar of those "failed schools" give forth enstupidating invisible vapors that cause them to fail the tests.

Not that alternative explanations aren't available. Here is a chap named (really!) Aloe Blacc in the next day's edition of the newspaper: Hip-hop star Aloe Blacc speaks out in support of charter schools. Quote from him:

For too many kids in this city, ZIP code determines destiny. There are 478,000 mostly black and Hispanic students trapped in a system of schools that are failing them.

So maybe it's not the bricks and mortar of these bad schools that are causing the different graduation rates, it's the zip codes. What we need to do is hire in some mathematicians to figure out how to change the zip codes to reduce or eliminate their malign influence on the minds of New York City students. Eliminate the prime numbers, perhaps?

I tell ya, the cargo cults of Polynesia have nothing on modern educational theorizing.

In fact, if you know anything about the quantitative human sciences, the only surprising thing about those numbers is that Hispanics do worse than blacks.

The late psychometrician John Philippe Rushton laid down his Rule of Three: Pretty much anything you can quantify about human nature shows a spectrum, with East Asians at one end, sub-Saharan Africans at the other, and whites in between, towards the Asian end. A corollary to the Rule of Three says that Hispanic populations with a big proportion of Amerindian ancestry fall between whites and blacks on the spectrum.

Yet here we are with these New York City figures showing Hispanics below blacks. What's up with that?

It may be that New York City Hispanics are atypical of Hispanics at large. They are still mostly Dominicans and Puerto Ricans, although Mexicans and Central Americans are coming up fast.

Or it may, as Mr. Blackety-blackety Blacc argues, be caused by the zip codes. Possibly Hispanics are being herded into the very worst zip codes, the ones whose evil sequences of digits have the most dire effects on inhabitants' cognitive abilities.

Let's get hiring those mathematicians to sort the zip codes out!