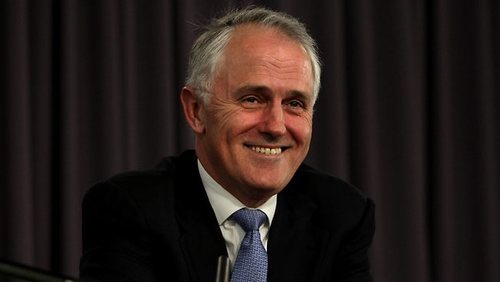 The Western world has had relatively few national leaders who were unambiguously 100% Jewish in ancestry, upbringing, religion, and ethnic identification. The American presidency, for example, remains remarkably WASP-dominated.

But going back to Queen Victoria’s favorite prime minister, Benjamin Disraeli, who identified strongly as a racial Jew while espousing Anglicanism as his religion, there has been a growth in the number of national leaders who have some claim to being at least a little bit Jewish. Former French president Nicolas Sarkozy is representative of this broad trend: one of Sarkozy’s four grandparents was Jewish (he was raised in that grandfather’s house, and was closest to him).

As time goes by and there are more products of mixed marriages, a larger fraction of national leaders seem to have some Jewish roots. My impression is that in the 21st Century, part Jewish national leaders tend to be found more right-of-center than left-of-center, but I could be wrong about this.

An even fuzzier example than Sarkozy is the new Australian prime minister Malcolm Turnbull.

From the Israeli newspaper Haaretz tomorrow:

Turnbull, who deposed Tony Abbott as Australia’s premier on Monday, claimed in 2013 that he may have Jewish roots and has long been a staple at Jewish community functions.

It was a balmy summer’s night in late February as a throng of Jewish guests gathered at a prestigious yacht club in one of Sydney’s most exclusive harbor-side suburbs. … it was Communications Minister Malcolm Turnbull who stole the show.

His off-the-cuff speech was vintage Turnbull: charismatic, witty, and, as always, audience appropriate – in this case, with lashings of Hebrew and Yiddish.

“As you all know it’s a standard blessing when somebody celebrates a birthday … to say ‘Biz hundert un tsvantsik,’ which means for those whose Yiddish is not up to scratch, ‘May you live to 120’,” Turnbull said.

The audience lapped it up. He was holding court inside his own electorate of Wentworth, home to the largest Jewish population in Sydney. And he was speaking just down the road from his $50-million waterside mansion in Point Piper, a stone’s throw from shopping-mall mogul Frank Lowy and a coterie of Sydney Jewry’s A-list, many of whom Turnbull befriended.

“My birthday message to the Jewish News today is ‘Biz zvai hundert un fufzik – so that’s 250 years,” Turnbull quipped, before signing off with some Hebrew: “Kol Hakavod [congratulations] on this great achievement and I look forward to many, many more issues of the Australian Jewish News.”

The following morning the Sydney Morning Herald reported on the function, stating: “The event followed reports than Mr. Turnbull now has sufficient numbers to mount a challenge to Mr Abbott in the Liberal Party room.”

Fast forward seven months. On Monday night Turnbull, who claimed in 2013 that he may have Jewish roots, finally deposed his more conservative rival in a surprise coup. …

Turnbull, 60, was a Rhodes scholar at Oxford before successful stints as a journalist, barrister, merchant banker and tech entrepreneur. He first won his seat for the Liberal Party in 2004, and is a progressive who supports gay marriage and an Australian republic.

His net worth was estimated by Business Review Weekly at $186 million in 2010. Now he has the keys to the prime minister’s residences at Kirribilli House in Sydney and The Lodge in Canberra, which some media outlets have noted may resemble a downgrade in his lavish lifestyle.

His first major task will be to name his ministers. Josh Frydenberg, the sole Jewish MP inside the government, was an Abbott loyalist and, as parliamentary secretary to the PM, had little choice but to back his former boss. But some have speculated he may not be sacrificed when Turnbull declares his new frontbench this weekend.

Ironically, this week’s political drama was played out as most of the nation’s 110,000-plus Jews were celebrating Rosh Hashanah.

“There was a real buzz and an air of excitement,” Central Synagogue’s Rabbi Levi Wolff told Haaretz. “He’s a very, very dear friend and someone who has a huge amount of support from the community. He really does have an understanding and knowledge of Judaism that probably the average congregant doesn’t have.

“In my shul, he’s referred to as Moishe Turnbull.”

But a senior Jewish leader, who declined to be named, told Haaretz: “The rabbi gave him a huge rap in shul, as our very own Jewish PM – it’s bullshit,” he said.

The source, an associate of Turnbull, added: “I don’t think it’s in his interests to play his Jewish roots up. I don’t think it’s a line that should be pushed. He wasn’t brought up Jewish and hasn’t established connections with Jews because of his roots.”

A practicing Catholic, Turnbull claimed in 2013 he may have Jewish roots. “My mother always used to say that her mother’s family was Jewish,” he told the Australian Jewish News.

“There is no doubt that the strong traditions of family and the whole heimishe [homely] atmosphere of the Jewish community, which I’m sure some people don’t like, for me – as someone who is a good friend, but not part of it – I find very admirable.”

Turnbull last visited Israel in 2005, and has long admired Israel’s hi-tech innovation, dubbed Silicon Wadi, conceding that Australia was unlikely to catch up with Israel. “I don’t know that anyone can replicate the secret chicken soup of Israel,” he told the Australian BRW magazine in 2013.

A crucial policy issue for the future of Australia is preventing more Camp of the Saints flashmobs from influxing into the country, as is currently happening in Europe, and was happening under the previous leftwing government. The conservative PM whom Turnbull deposed, Tony Abbott, did a good job of building a humane but highly effective naval blockade to prevent illegal immigrants from coming to Australia by boat.

Australia in recent months has been a light unto the nations.

Nobody, however, seems all that sure what the new PM will do about that. Presumably, it’s not a big priority for him one way or another.

It would be tragic for the citizens of Australia if some cloakroom politics like this over other issues led, in a fit of absentmindedness, to a massive Camp of the Saints.

One reason to worry that Turnbull, a former managing director of Goldman Sachs in Australia, would be inclined to err in the direction of making Merkel’s Boner is because, coming from a fairly Jewish cultural environment in his wealthy home constituency, he’s likely to have been exposed to a lot of unthinking schmaltz about the glories of mass migrations into gentile nations.

That kind of lowbrow ethnocentric sentimentality shouldn’t be a major problem for setting national policy, except … that nobody is supposed to critique and satirize, or even notice, Jewish biases.

So, a lot of important people who haven’t thought hard about immigration policy assume that all this stuff you hear all the time about “your tired, your poor, your huddled masses” really is the Unquestionable Wisdom of the Ages instead of just being a simpleminded, obviously self-interested schtick that deserves eye-rolls and snickers rather than credulous respect.

Here’s a rare example of somebody with enough self-confidence on the ethnic front to make fun of today’s Reigning Schmaltz: