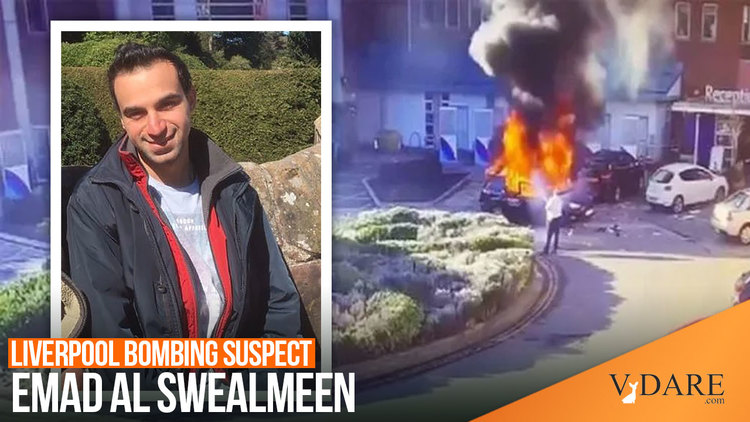 A Bomb In The Woman’s Hospital: Another Fun Day In The Place Formerly Known As England

Earlier: A White Cab Driver Is Hero In Liverpool Explosion; Villains Are (A) Immigrant Muslim Terrorists And (B) Immigration Enthusiasts

You may recall the depths of depravity plumbed in May last year by Islamists in Afghanistan. Three Islamist gunmen shot up the maternity ward of a hospital in Kabul, killing two newborn babies, one midwife, and sixteen mothers. Three of the mothers were shot and killed in the delivery room along with their unborn babies.

The killers deliberately targeted the maternity ward; they'd walked straight past a number of other wards, all closer to the hospital entrance.

They actually intended to kill new mothers. “The attackers had walked straight past a number of other wards, all closer to the entrance of Kabul's Dasht-e-Barchi hospital, and made straight for the maternity unit.” #KabulHospitalAttack https://t.co/pk4fX4Ayyx

To any normal person that was an unspeakable atrocity. To one crazy Islamist in England this week, however, it was an inspiration.

The person thus inspired was 32-year-old Emad Al Swealmeen, an Iraqi. It's not clear when Mr. Swealmeen left his country or how he came to England, but by 2014 he had been there long enough to have claimed asylum and have his claim rejected. He appealed the rejection but his appeals were also turned down the following year.

At that point he should of course have been deported back to Iraq. As I have noted before, though, there is a mighty army of so-called "human rights" lawyers always standing ready to thwart any attempt by the U.K. authorities to deport an illegal alien—so much so, the authorities have well-nigh given up even trying.

Left thus in limbo—no legal status, left un-deported—Swealmeen had a go at gaming the system. He announced he'd converted from Islam to Christianity. Living in the city of Liverpool, he got himself baptized in the Church of England at that city's grand cathedral in 2015, and changed his name to Enzo Almeni, which I guess he thought sounded less Islamic. 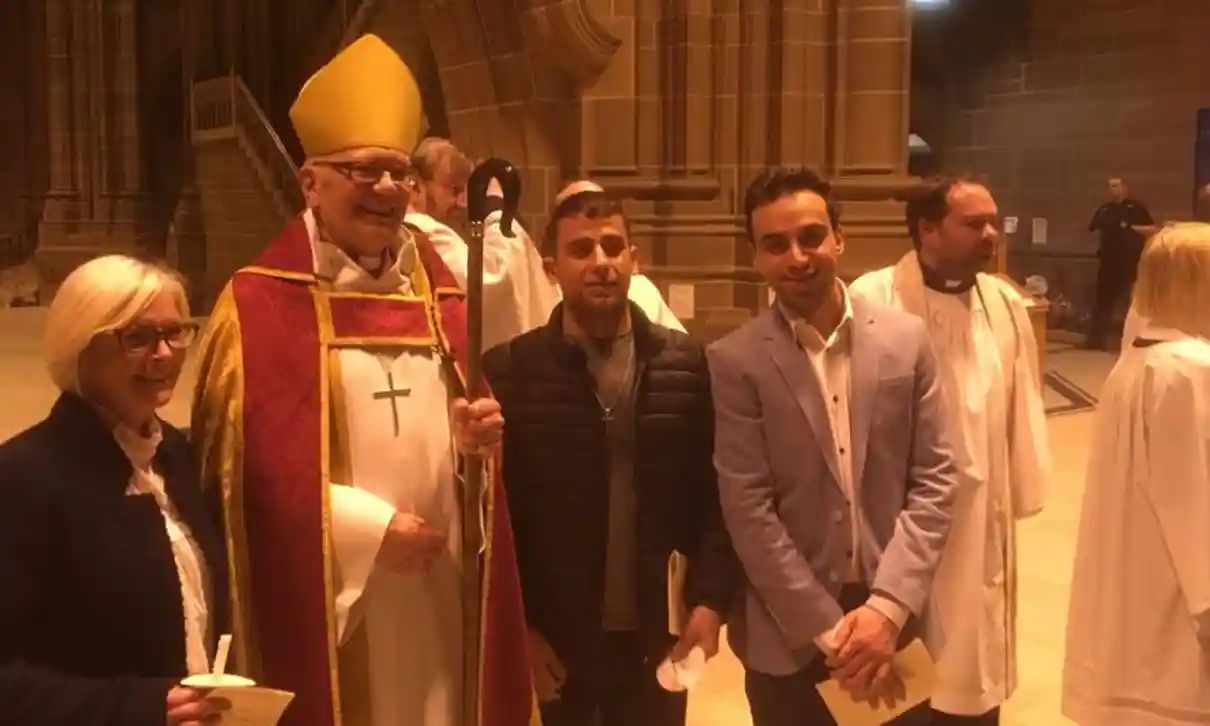 In 2017 he went through confirmation and did some work for a local church, making cakes and selling them.

Brandishing his conversion to Christianity, he reapplied for refugee status, but again he was rejected—and again, of course, not deported.

Last Sunday was Remembrance Sunday in the U.K., with big church services commemorating the two world wars. Swealmeen was at this point living in central Liverpool, a few hundred yards from where I myself once lived, 1967–69.

Just before 11 a.m. Sunday morning Swealmeen called for a cab.

The cab arrived. Swealmeen got in and uttered two words: "Women's Hospital." That's a big maternity facility less than a mile away.

When they arrived, Mr. Swealmeen exploded. It seems he had a suicide vest of some sort, and had been planning to bomb the maternity ward, but the home-made device had exploded prematurely, perhaps as a result of the cab stopping too abruptly. The cabbie somehow survived the blast and got out of the car as it, and the remains of Mr. Swealmeen, went up in flames.

So, another fun day in multicultural Britain. This, less than a month after a Member of Parliament was stabbed to death by a 25-year-old fan of ISIS, British-born to Somali parents.