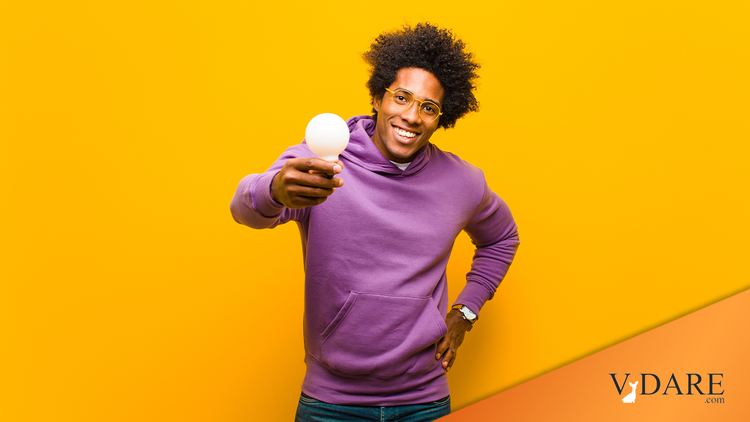 “I cannot guarantee everything gets solved in four years, but I guarantee you one thing, it will be a whole heck of a lot better,” he promised about his planned presidency.

“We will move a lot further down the road,” he urged, citing for example: “Why in God’s name don’t we teach history in history classes? A black man invented the light bulb. not a white guy named Edison. Okay? There’s so much. Did anybody know?”

Scrappy underdog Google is working hard to educate Americans about Lewis Howard Latimer, ranking him third all-time when you search for “American inventors.” What did the Wright Brothers ever do? Eight of the top ten American inventors, according to Google, are black and Alexander Graham Bell looks from his portrait like he might be black:

But Edison is still #1, so we all have more work to do to abolish the system of White Supremacy in which Thomas Edison is considered America’s most important inventor, such as by voting for Joe.

No word yet on whether Biden condemned Brussels Sprouts or said the King of Belgium was worse than Hitler after being Sproutpilled during his meeting today with notorious anti-Sproutite Jacob Blake Sr.

Strikingly, if you go to Google.MX, Google’s Spanish-language Mexican subsidiary and search for “inventores Americanos,” you get … ten white guys!