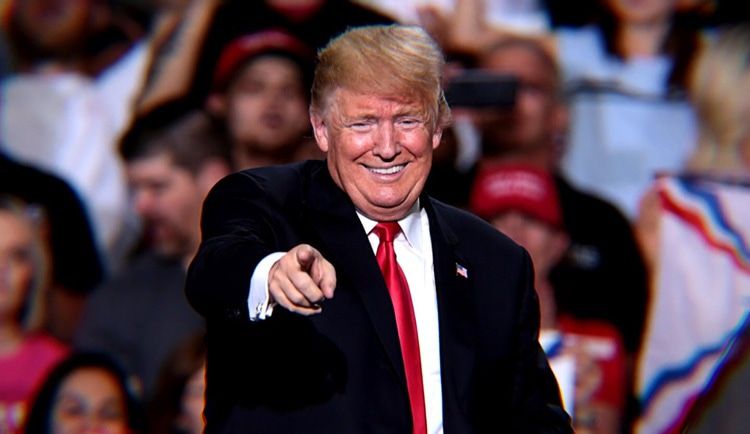 2 Years Into Trump Administration, One Loophole ("Unaccompanied Minors") Being Closed

After over two years of the Trump Administration a loophole that illegal aliens have been using under George W. Bush and Barack Hussein Obama is being closed. The Trafficking Victims Protection Act of 2000, commonly called the William Wilberforce Trafficking Victims Protection Act upon its re-authorization in 2008, provides that an unaccompanied minor who enters the United States illegally and is without parent, guardian, or other close relative in the United States is presumed to have been brought to the United States for illicit purposes and may apply for relief from removal on their own. The purpose of this act was to provide a refuge for minors smuggled for slavery and prostitution. Also included are minors who enter on their own, not being smuggled, seeking lost parents or fleeing poverty, but those are usually teenagers who are de facto emancipated.

Basically the law became a magnet for orphans and others "seeking a better life," and were just under 18 or more commonly, lied about their age. This was bad enough, encouraging fraud and being an attractive nuisance to impoverished teenagers, many of whom only came because they were aided by smugglers willing to smuggle on credit, but in actual practice it resulted in any minor coming to the United States being treated as an asylum applicant.

The law quickly became abused by illegal aliens. The scheme was this: one or more adult illegal aliens successfully enter the United States. Those aliens then send for their children by using smugglers. If the children are not captured at the border, the illegal aliens get their smuggled children. If the children are captured at the border, the children are not deported, unless Mexican or Canadian, and released to their nearest relative as smuggling victims under the Act. Again, the illegal aliens win, with the government completing the smuggling cycle. In no case was any child trafficked to the United States to be victimized by slavery or prostitution. In no way are any of these children either now or during the Bush or Obama years, victims of anything. They are just aliens being smuggled into the United States, much as their parents were smuggled years earlier. In fact, there is little actual trafficking in humans for slavery or prostitution even for adults.

Finally, though, someone at U.S. Citizenship and Immigration Services (USCIS) has realized this. As of now, USCIS will not longer entertain applications for relief by minor smuggled into the United States based on a claim they were trafficked as unaccompanied minors. The real question is why has this taken so long? I’m looking at you L. Francis Cissna. It appears that Ken Cuccinelli isn’t so bad. Mea culpa.

Under a policy set to take effect Sunday, the U.S. government could strip young immigrants of their status as unaccompanied minors, causing them to lose special protections when they apply for asylum and making them more likely to be deported.

The plan is laid out in an internal memorandum sent May 31 by John Lafferty, chief of the asylum division at U.S. Citizenship and Immigration Services, and detailed in subsequent guidance, both obtained by The Times. The shift in policy involves when federal officials determine whether a young migrant is an unaccompanied minor.

According to the memos, an asylum officer with USCIS will have to assess whether the individual at the time of filing for asylum lacked lawful immigration status, was younger than 18 and had no parent or legal guardian in the United States available to provide care and physical custody.

Why has this taken so long, especially as the policy of completing the smuggling cycle was an Obama Regime innovation, inconsistent with the law?

Under this new policy, which rescinds an Obama-era memorandum, USCIS officers will independently determine whether an individual was an unaccompanied minor when they filed their application.

And the usual suspects are outraged. The Treason Bar, Obama bureaucrats, and the immigration judge’s union.

USCIS is “basically relitigating whether or not a child at the time of filing was an unaccompanied minor or not,” said John Amaya, who served as the counselor to the director of USCIS from 2014 to 2015.

Judge Ashley Tabaddor, the president of the National Assn. of Immigration Judges, said that the new policy could potentially have “a profound effect on the children’s ability to seek asylum.”

“The asylum officer interview is a much less adversarial process that is thought to give the child a better and more comfortable setting,” she said.”

But, again, the real question is why this obvious issue was not addressed immediately, rather than two and a half years later? The problem was not unknown. And obviously, the problem was L. Francis Cissna and his inability to control the Deep State bureaucrats at USCIS who were resisting this reform, as shown by a lawsuit by the bureaucrats union on a related issue, having excludable aliens wait in Mexico for their hearings, as is required by law.

A union representing federal asylum officers has made “ridiculous” and “ludicrous” claims that the Trump’s administration’s “wait in Mexico” policy for immigrants seeking U.S. asylum hearings is illegal and unnecessary, the new acting director of the federal agency handling asylum claims said after his first visit to the U.S.-Mexico border.

The union’s claims, made in a recent federal court filing, also show the union is “in denial” that there’s an immigration crisis on the border, Ken Cuccinelli, acting director of the U.S. Citizenship and Immigration Services agency, said at a news conference Friday in El Paso. He toured federal immigration facilities along the El Paso-Juárez, Mexico, border.

“They are utterly in denial of reality” because the union says in the court filing that “there isn’t a problem that requires any change in process or procedures” in processing the flood of immigrants coming to the U.S.-Mexico border seeking asylum in the United States, Cuccinelli said.

Not only are these Resistance saboteurs in denial about the crisis, they are in denial concerning the law. Allow me again to quote the law:

(d) Service custody. The Service will assume custody of any alien subject to detention under paragraph (b) or (c) of this section. In its discretion, the Service may require any alien who appears inadmissible and who arrives at a land border port-of-entry from Canada or Mexico, to remain in that country while awaiting a removal hearing. Such alien shall be considered detained for a proceeding within the meaning of section 235(b) of the Act and may be ordered removed in absentia by an immigration judge if the alien fails to appear for the hearing.

It is time for Cuccinelli to start firing Asylum Officers who fail to perform their duties. Federal bureaucrats don’t make policy, they only implement the President’s policies.