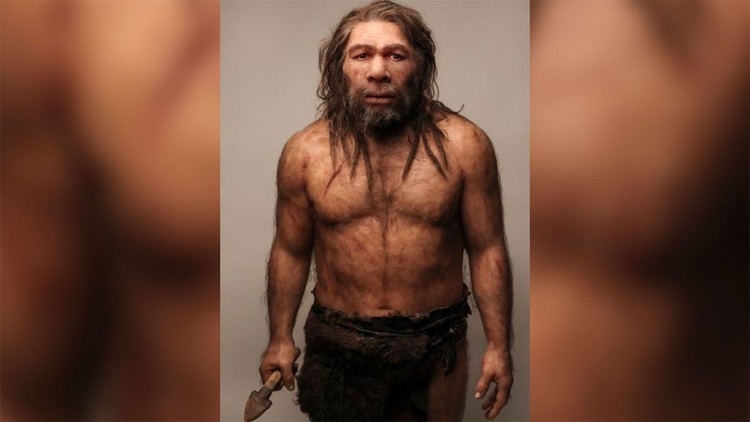 Two Neanderthal-American Readers Write To Reprove Us For Insensitivity

Re: Peter Brimelow's blog Krugman Unfair To Know-Nothings! (in which he said that Krugman probably meant "Neanderthals" when he referred to "Know-Nothings.")

And what's wrong with being a Neanderthal? That's my lady friend's nickname for me, I'm her "Neanderthal".

Just FYI, there are serious scientists including members of Bryan Sykes' team at Oxford who think Neanderthals contributed to the modern gene pool.[ Red hair a part of Neanderthal genetic profile, By Faye Flam, The Philadelphia Inquirer, October 26, 2007]

Anyhow, I personally have body measurements more typical of Neanderthal than modern humans(i.e. 5'9" lean body mass of over 160lbs(at 180 lbs I'd be extremely athletic), short limbs, wide feet), had red facial hair until it turned gray, and have the extra wisdom teeth that typified Neanderthals. my ancestry includes both Ulster Scots and Sami[Lapplanders] that are atypical European populations.

I tend to see the bad rap Neanderthal has gotten as an extension of the anti-redhead sentiment we see in terms like "peckerwood"(which is similar to redneck and is based on the notion that woodpeckers have red hair).

Anyhow, I would suggest that a lot of folks similar to my background are an important swing voter block (Pew calls them Disaffected voters—the anti-immigration independents). We at VDARE are blessed with a lot of such readers-and need to be careful what we throw at them. They tend to be VERY literally minded people-and can get very nasty when provoked.

James Fulford replies: Yes, you can't say anything about anyone these days. However, we try to offend everybody, and we have a very broad readership, which means we got a very similar reply from a follower of Odin, after Tom Fleming,(a Christian, like most Americans,) spoke slightingly of the "All-Father."  All right, we'll try to confine our attentions to Homo Sapiens from now on.