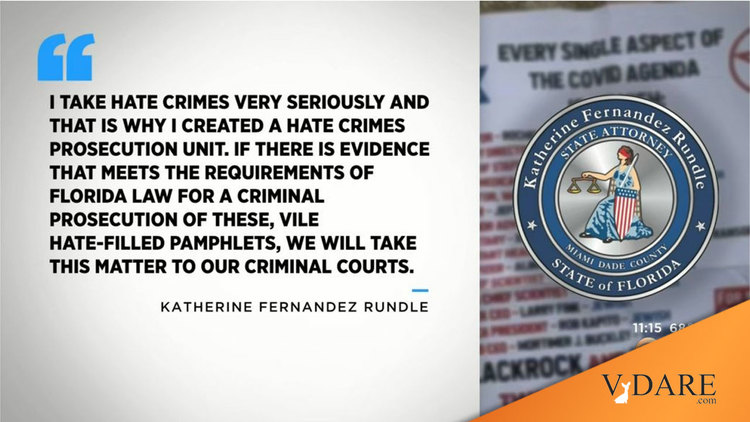 Note especially the closing remark, in video below, that the FBI and local law enforcement are investigating.

What is there to investigate?  Some American citizens exercised their freedom of speech guaranteed by the First Amendment by distributing some leaflets.

Is that a crime?

The FBI has pursued this squalid tactic ever since it was formed  way back in the 1920s.

They very publicly "investigate" perfectly lawful acts by dissidents who are touching the invisible fences.

This frightens most people into shutting up.

It also plants the idea in the "brains" of most people that saying or writing something "anti-Semitic" is somehow a criminal act.

Sam Dickson (Email him) is a lawyer and activist.