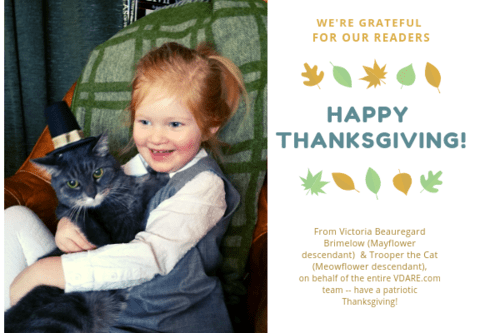 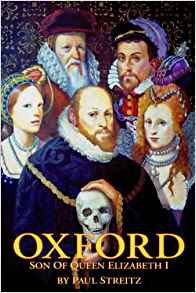 My  view is that Thanksgiving had nothing to do with Indians, harvest festivals and the like. It was celebration tradition brought from England celebrating the defeat of the Spanish Armada in 1588.

From my book, Oxford: Son of Queen Elizabeth I:

American history portrays its Thanksgiving as a spontaneous display of gratitude to their Native American benefactors by the Pilgrims in 1621. Supposedly, this feast was to celebrate the Pilgrim’s bountiful harvest that fall due to the Native American’s advice. American history does not ask why the Pilgrims waited three months from the end of the harvest in late August or early September until the cold winds were blowing at the end of November.

When Henry VIII was delayed from his return from Calais due to bad weather, England celebrated his return on November 24, 1532. The Queen Elizabeth built upon this date for her celebration of England’s deliverance from the Spaniards in 1588 with a religious service in St. Paul’s Cathedral on November 28, 1588. The Spanish Armada was defeated in July 1588.

The Pilgrims were celebrating a Thanksgiving from deliverance from Spain in the New World, not as a show of gratitude to the Native Americans. Their celebration coincided with the Pequot winter festival at the end of November, so they were happy to join the feast.

Elizabethan history, the history of Shakespeare, and in fact, all history is written within a cultural and historical construct that determines what is acceptable and what is not. Facts that contradict that view are either minimized or simply ignored. James Fulford writes: One reason the Lost Colony where Virginia Dare was born was "Lost", as VDARE.com editor Peter Brimelow wrote in 1999, was that John White, the colony's governor, was delayed in his return by the threat of the Spanish Armada:

But a colony was founded there anyway, and one named Virginia, in honor of Elizabeth I, who was called the Virgin Queen.