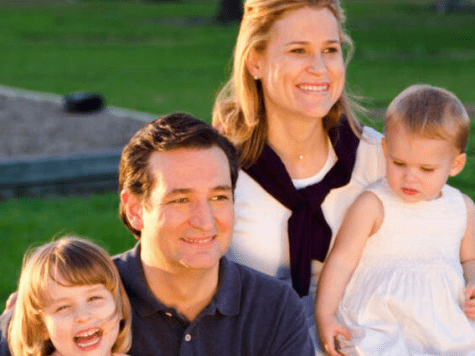 Gotnews.com's Charles C. Johnson Defends Ted Cruz As "Absolutely One Of Us When It Comes To The Broad Questions"

Re: James Kirkpatrick’s Ted Cruz’s Clintonian Answer on Immigration and Whither the American Right: Cruz And “Movement Conservatism”—Or Trump And National Conservatism?

From: Charles C. Johnson [Email him]

Long time fan of VDARE.com but I simply had to weigh in regarding the anti-Cruz views expressed.

I've known Ted Cruz since 2012. His wife Heidi is a graduate of Claremont McKenna College. He endorsed my book on Calvin Coolidge (which has a chapter defending Coolidge's immigration restrictionism) and I saw him after the Las Vegas debate where we shook hands. We’ve spoken occasionally but not often since 2012 or so.

I wouldn't say that I speak for him but I might have a better read on him than other journalists. I have quite literally bet on Cruz—with a bookie friend in Vegas. When I placed the bet the odds against him were 35 to 1. They’ve now gotten a lot better. In the spirit of full disclosure: I like Ted Cruz. The more the public gets to know him, the better I think his chances are. He’s not the stereotypical right-wing evangelical Texan that so many think he is. Nor is his the calculating Machiavellian figure hungry for power at the expense of principle.

My conclusions are as follows: Cruz is without question one of the smartest candidates the Right has ever produced. He is absolutely one of us when it comes to the broad questions though he is smart enough to know how to maneuver to get done what we want. He often deliberately uses the language of the left against itself, as he did with that letter proposing what Patrick Cleburne called a Swiss solution for the illegals currently in the U.S. The communists once said that to take power they needed to do a “long march through the institutions.”

I am a fan of Donald Trump's as well. I have written enthusiastically about how Trump has shifted the Overton Window on issue after issue and I was one of the first to do so publicly. Search my writings and you'll never find an unkind word about the Donald—he was instrumental in calling out the lies about Obama’s past that need to be thoroughly vetted—though I suspect his lack of organization and attention to detail will make him a bit like Moses. He'll see the Promised Land but never quite enter it. Not a bad run for a 69-year-old billionaire. We can get into why I suspect Donald Trump will never be president and why the polls are all over the place another time but I did want to correct a mistaken apprehension that a lot of our fellow Dissident Right members have about Cruz.

The thing to understand about Cruz is that he is a strategic, long-term thinker who likes to reframe boring issues in moral terms. The lesson he has learned from Obama is that you can run as a conservative but you have to be clever about it. You don't go full wonk. Every move he makes is calculated—yes, calculated—to advance a right-wing view of the world. He is very adept at building coalitions of seemingly disparate groups to that end. He knows how every member of the Right’s coalition thinks and knows how to unite everyone when the time is right. In the four years since he was elected to the U.S. Senate he has all but united the rancorous Texas GOP and remade it in his image.

Politically Cruz's analysis of immigration is chiefly one about fairness—a moral reframing of the immigration issue from one about economics. He uses this argument because it appeals to his over all sense of law and order.

Anecdotally this fairness argument—that illegal immigration currently rewards Latin Americans at the expense of other immigrant groups—plays well among all the other ethnic groups, especially those that have become citizens by waiting in line. The fastest growing ethnic group in the U.S. isn’t Hispanics but Asians and Asians broke for Republicans in 2014. Those who became citizens the right way are rightly annoyed at those who broke the law to become citizens.

Cruz doesn’t feel he needs to pander to Hispanics to win them and his Hispanic surname may help. There were loads of “Hispanic”-Americans who voted for conservative Ted Cruz and liberal Barack Obama in 2012 in Texas. Will this trend hold in 2016? It’s tough to say but my bet is that a number of Hispanics will cross over.

Whenever I’m doing an analysis of a candidate I look to see who they’ve hired. Personnel is policy too, after all. And so it’s surprising that I can't think of a single open borders shill that Cruz has worked for him in any capacity. His chief of staff Paul Teller defied John Boehner on principle and was fired for trying to stop amnesty. Cruz quickly hired him. Teller told me several months ago that Cruz was personally disgusted by the abuses of the H1-B visa program and shortly thereafter Cruz sponsored legislation calling for a moratorium. The politics of immigration restrictionism have shifted very quickly in just the last few years and we shouldn’t be opposed to converts.

Cruz has long ago been one of us as you can see if you’ve followed his career in Texas.

Here’s a video I found of him in 2011 laying out his position on immigrants.

“I am strongly opposed to illegal immigration, I am categorically opposed to amnesty, and I strongly support legal immigrants who follow the rules and come here seeking to work toward the American dream,” Cruz said in 2011 while running for the Republican primary in Texas.

“With respect to a path to citizenship or amnesty I categorically oppose it and the reason is I’ve spent a lifetime working to defend the Constitution and the rule of law. And it is fundamentally unfair and contrary to the rule of law to reward those who break the law. And you know one of the people who it is most unfair to are those that are following the laws. There are immigrants who wait years and even decades to come here legally and yet what amnesty programs say is that we’re going to take people who have chosen to break the law and we’re going to reward them rather than insist that people follow the law. I don’t think that’s fair and I don’t think that’s right and I don’t support it.”

Cynics might suspect that Cruz will say and do anything to get elected—he is, after all, a politician—but why is it that Senator Jeff Sessions, a fellow restrictionist, praises him? Why do you trust Trump who very recently said Romney lost because he was too immigration restrictionist and not Cruz?

I can point to yet another reason why Cruz is with us. He’s actually seen illegal alien crime up close and personal as Solicitor General of Texas. Cruz represented the right of the state of Texas to execute a Mexican gangbanger who murdered a child against the objections of President Bush and the United Nations. [See Murderer Medellin Executed At Last—No Thanks To Bush Administration.] He won at the Supreme Court. Cruz cited his work on that case as the accomplishment of which he was most proud upon entering the U.S. Senate.

Cruz has occasionally favored what I’ll call the Albert Einstein approach to immigration where we get bright foreigners. This, too, I think, is a strategy designed to divide the coalition behind amnesty by fragmenting it into the high skilled and low skilled camps.

The notion that Cruz was forced by his donors to favor amnesty isn’t exactly accurate either. Which donor forced him to do it? Cruz hasn’t done a serious fundraiser in Silicon Valley yet.  His one major Silicon Valley donor from 2012 Texas U.S. Senate race—Peter Thiel—has supported NumbersUSA despite his libertarian bona fides.  Private equity and oil tycoon Toby Neugebauer is his largest individual donor. The Mercers, who financially back Breitbart.com, are also supporters and don’t seem at all interested in amnesty. The blue collar fracking Wilks billionaire brothers are big social conservatives who don’t appear to have a preference on immigration.

Finally, the shutdown politics of 2013 also displayed an uncanny understanding by Cruz of how the Washington establishment teams up with the far left to get what it wants. In short, they are robbers dividing up a growing federal government pie. Simply by threatening not to grow that pie forces the takers coalition to prioritize among their highly diverse coalition and that makes its coalition untenable.

Charles C. Johnson is the publisher of Gotnews.com. The Washington Post recently named him #5 of the 15 people the Internet hated most in 2015. But most of the people who hate him also hate America.