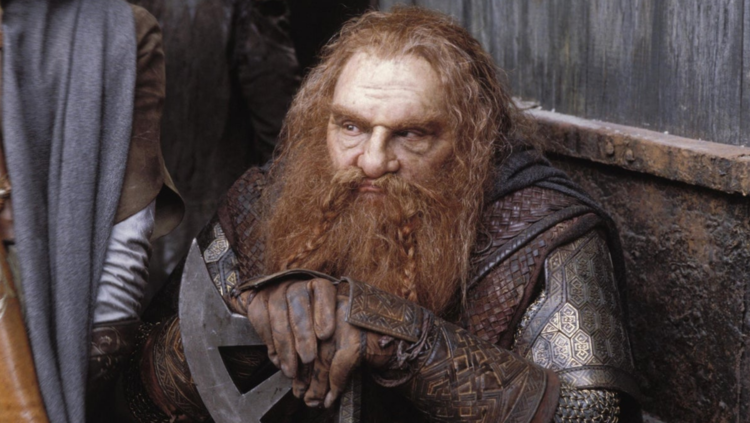 A Reader Reports "Group Rape" (And Political Decadence) in London

From:  Robin Corkery [email him]

After reading "A British Reader's" letter about the Bush/ Blair Betrayals, I thought you might be interested in what a British actor in one of the most successful current movies had to say.  Follow this link and start where the interviewer asks about "Tolkien's Catholic beliefs".  Apparently Rhys Davies is already feeling some repercussions from this.

[VDARE.COM NOTE: John Rhys-Davies, who plays Gimli in the Lord of the Rings trilogy, is being interviewed by film critic Jeffrey Overstreet. We extract the key passage.]

Jeffrey:  How much of Tolkien's Catholic beliefs and perspective resonate with you?

John Rhys-Davies: I'm burying my career so substantially in these interviews that it's painful. But I think that there are some questions that demand honest answers.

I think that Tolkien says that some generations will be challenged. And if they do not rise to meet that challenge, they will lose their civilization. That does have a real resonance with me.

I have had the ideal background for being an actor. I have always been an outsider. I grew up in colonial Africa. And I remember in 1955, it would have to be somewhere between July the 25th when the school holiday started and September the 18th when the holidays ended. My father took me down to the quayside in Dar-Es-Salaam harbor. And he pointed out a dhow in the harbor and he said, "You see that dhow there? Twice a year it comes down from Aden. It stops here and goes down [South]. On the way down it's got boxes of machinery and goods. On the way back up it's got two or three little black boys on it. Now, those boys are slaves. And the United Nations will not let me do anything about it."

The conversation went on. "Look, boy. There is not going to be a World War between Russia and the United. The next World War will be between Islam and the West."  This is 1955! I said to him, "Dad, you're nuts! The Crusades have been over for hundreds of years!"  And he said, "Well, I know, but militant Islam is on the rise again. And you will see it in your lifetime."  He's been dead some years now. But there's not a day that goes by that I don't think of him and think, "God, I wish you were here, just so I could tell you that you were right."

What is unconscionable is that too many of your fellow journalists do not understand how precarious Western civilization is and what a jewel it is.

[He points at a female reporter and adopts an authoritarian voice, to play a militant-Islam character:] 'You should not be in this room. Because your husband or your father is not hear to guide you. You could only be here in this room with these strange men for immoral purposes.'

I mean… the abolition of slavery comes from Western democracy. True Democracy comes from our Greco-Judeo-Christian-Western experience. If we lose these things, then this is a catastrophe for the world.

And there is a demographic catastrophe happening in Europe that nobody wants to talk about, that we daren't bring up because we are so cagey about not offending people racially. And rightly we should be. But there is a cultural thing as well.

By 2020, 50% of the children in Holland under the age of 18 will be of Muslim descent. You look and see what your founding fathers thought of the Dutch. They are constantly looking at the rise of democracy and Dutch values as being the very foundation of American Democracy. If by the mid-century the bulk of Holland is Muslim—and don't forget, coupled with this there is this collapse of numbers ... Western Europeans are not having any babies. The population of Germany at the end of the century is going to be 56% of what it is now. The populations of France, 52% of what it is now. The population of Italy is going to be down 7 million people. There is a change happening in the very complexion of Western civilization in Europe that we should think about at least and argue about. If it just means the replacement of one genetic stock with another genetic stock, that doesn't matter too much. But if it involves the replacement of Western civilization with a different civilization with different cultural values, then it is something we really ought to discuss—because, g**dammit, I am for dead white male culture.

…but we've got to get a bit serious. By and large our cultures and our society are resilient enough to put up with any sort of nonsense. But if Tolkien's got a message, it's that "Sometimes you've got to stand up and fight for what you believe in." He knew what he was fighting for in WW1.

[With that, he departed our appreciative and applauding table, saying:] Try and put verbs in my sentences.