Earlier: An Australian Reader Reports Mostly White Footballers "Taking A Knee" Down Under—And One White Man Standing Up To Them

He’s back!  Australia’s Grand Wizard of Woke, Dr. Stephen Hagan, an Aboriginal academic/activist, fresh from cancelling the iconic Australian cheese brand, Coon Cheese™ (now known as Cheer Cheese), is busy rooting out more racist filth from Australian culture.  The target of his wrath this time around is the team song of the Carlton football club, an iconic Australian Rules football club which has been going since 1864 (making it older by some four decades than the New York Yankees and, like them, the team everyone else loves to hate because of their annoying habit of winning) [Foxsports—Carlton urged to change theme song as tune’s racist origins surface, April 10th 2021].

All of Australia’s premier football clubs have a team song with football lyrics overlaid on a traditional tune.  The songs have been around for yonks and are deeply revered by players and fans.  American standards are particularly favored—the Collingwood Magpies' song, for example, is sung to the tune of "Goodbye, Dolly Gray" (an old American music hall song), the Adelaide Crows the "US Marines' Hymn," the Melbourne Demons "You're a Grand Old Flag," and the Sydney Swans the “Notre Dame Victory March."  Thanks, America! 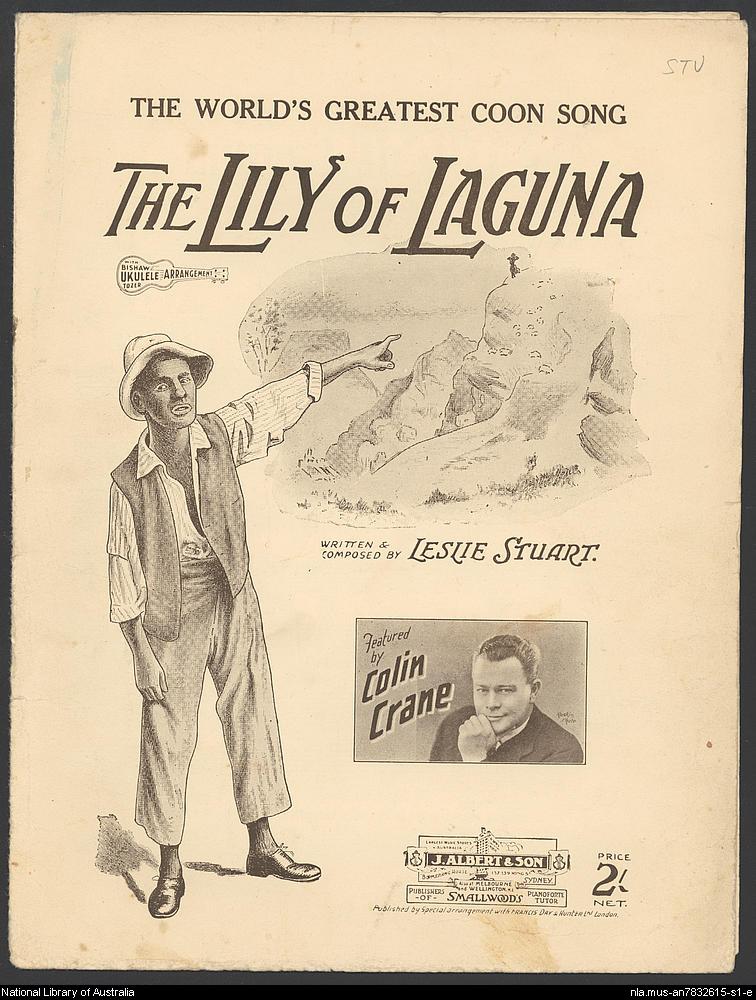 The team song of Carlton is We are the Navy Blues, sung to the tune of "Lily of Laguna," a British composition from 1898 which was performed as a "blackface" song in old music hall entertainment.

It relates the love of a lonely black American man for a Native American woman from the Laguna tribe of New Mexico.  The opening verse included the n-word and “coon” and the song used the idiom of plantation workers in the Old South.  These features were excised in the 1940s (making it safe for Bing Crosby, amongst others, to record) and it became a rather saccharine but hugely popular love song and genteel foxtrot number with no racial overtones at all.

The song is now lyrically neutered but Dr. Hagan still manages to be offended by “the clearly racist origins of the melody” (although how a melody, absent its lyrics, can be racist is something known only to professional racism detectors).  No lyrical makeover can expunge the tune’s dark origins, he declares—the whole tune must go from the footy club to be replaced by a song "more inclusive of First Nations people."

Dr. Hagan has, however, found no support from his “black bruvvers,” the Indigenous footballers who play for Carlton, who met the proposal with a huge yawn, placing loyalty to club tradition and teammates above skin color (for once).

A cheese brand is one thing, but taking on the deeply-rooted national culture of Australian Rules football is another entirely.  Dr. Hagan, the grievance-obsessed, serial attention-seeker, should have quit while he was ahead with dairy products.  Chalk this one up as a win for normal people.