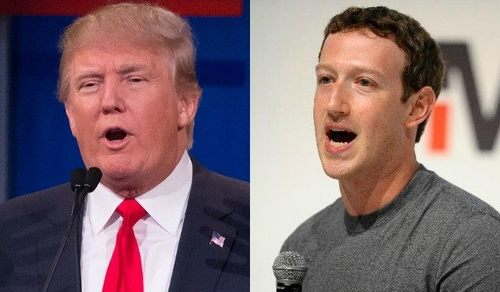 An Anonymous American Engineer Says That If Zuckerberg Is Attacking Trump, Trump Has HIS Vote, And Other American Tech Workers As Well

From: An Anonymous American Engineer [Email him]

I'm an engineer working in the IT field and have sent a number of items to VDARE.com over the last couple of years regarding the whole H1B/L1 visa scam and corporate America's attempts to lower the wages of IT workers in general

You have to figure that the GOP donor class and other big-money interests are concerned given they're already taking exception with Trump's proposed policies on immigration.

I wonder if anyone at Zuckerberg's lobbying group fwd.us understands that by attacking Trump's policies they're basically campaigning for him with ordinary working people and anyone who's familiar with the tech labor visa scam business?  The fact that fwd.us is doing this now says two things to me: one, Trump has a correct understanding of the way things are really wired when it comes to the whole tech labor visa scam, and b) he's going to get my vote.