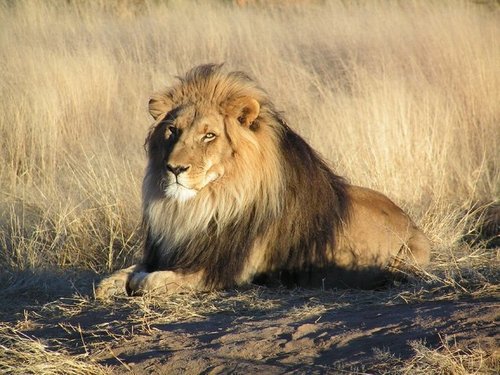 An Animal Lover Writes In Defense Of Cecil The Lion

Re: John Derbyshire’s article Cecil The Lion And The Goodwhite-Badwhite Cold Civil War

From: An Anonymous Animal Lover [Email her]

I've written anonymously before about an unfriendly tone toward animal protection among many conservatives and why it's a problem. So my heart sank when I saw that John Derbyshire had strayed from his usually well-structured criticism to a disorganized rant against public opprobrium over the Cecil killing.

I usually agree with Mr. Derbyshire and I respect his thinking, but he's underestimating the breadth of the outrage if he thinks it's confined to liberals who hate "badwhites" or soft-headed Americans confusing Cecil with Simba. Many Americans are sick of seeing the charismatic megafauna we consider part of our natural patrimony die off, in this case as the result of poor sportsmanship. (Example: Minnesota Man Faces Prison Time for Wisconsin Bear Hunt, WEAU, July 30, 2015.

Regardless of the particular conservation status of lions in Zimbabwe, we see that many animal species in Africa are in steep decline. [ African Lion Populations Drop 42 Percent in Past 21 Years, By John R. Platt, Scientific American, June 24, 2015 ] The same aesthetics and behaviors of the charismatic African megafauna that attract trophy hunters also endear them to average Americans. Cecil in particular became a sympathetic symbol of wildlife in peril because visitors liked him and he was the head of a pride. I understand if Mr. Derbyshire does not share these impulses, but why do they confound him to the extent that they do?

Dr. Palmer (and now Dr. Seski, but that's another story) displayed poor sportsmanship and yet Mr. Derbyshire minimizes these lapses as "formalities." "Formalities" and "legalities" are the difference between hunting and poaching, between personal responsibility and recklessness, and dismissing them seems indefensible to me. Americans saw a lion lured out of a reserve and they winced at the display of low character.

Mr. Derbyshire describes Zimbabweans' hostile attitude towards wildlife and the lawless chaos people there endure to further his defense of Palmer's behavior, but are we measuring ourselves by a post-colonial African yardstick now?

Would it be so difficult for Mr. Derbyshire to understand if we instead strove to continue the conservation work of the European Rhodesians who defended African fauna against the same sorts of Africans who destroyed all vestiges of European civilization in the region?  I guess I prefer American and European sensibilities to African ones when it comes to wildlife, whereas Mr. Derbyshire appears to relate more to the Zimbabwean point of view.

Brenda Walker (our resident animal lover) writes: I dunno about “conservatives” but decent treatment of animals is a long-standing traditional American value, unlike that of many cultures Washington has imported willy-nilly. The ASPCA was founded in 1866.

Diverse animal cruelty does not add to America, as I have written about on several occasions. I can only speak for myself.