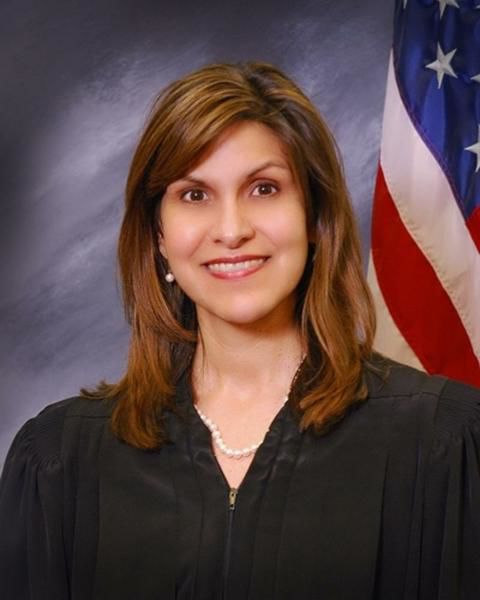 The question in this court case is whether Texas will have secure elections with votes cast by citizens or not.

The Judge whose hands it's in is U.S. District Judge Nelva Gonzales Ramos, an anchor baby who could claim dual citizenship with Mexico if she wanted to.

A Port Lavaca native, Ramos grew up the youngest of six children born to parents who immigrated from Mexico and later became U.S. citizens.

With a father who worked as a heavy equipment operator and a mother who was a housewife, there was not much money for activities outside the home other than school.

My guess is the anchor baby/dual citizen/Obama appointee/Latina judge with a Mexican-style double name will support alien control of Texas elections and NOT actual Texas citizen voters (all of whom have ID) and rule against requiring voter ID in time for the election November.

The Texas Senators who OK'd this Obama PC Latina to the federal bench were Cornyn and Hutchison. Hutchison is gone but her legacy remains.

Here's a funny quote from Cornyn at her confirmation hearing:  "Judge Ramos has strong Texas roots."

Well, she may have been born in Port Lavaca, but her actual roots are in Mexico.