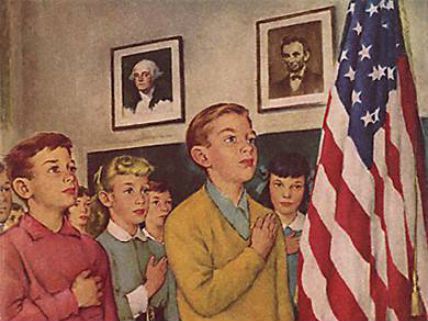 An American Citizen Wonders What Happened To Citizens?

From: An American Citizen [Email him]

I greatly enjoy VDARE, getting truly important news rather than leftist drivel.

A topic that I don't remember seeing in VDARE is comment on the word "citizen". We have  words referring to people in our country as "residents", "voters", "folks" (the latter being very popular as well as nice and homey but meaningless) and many others but "citizen" has died off.

"Citizen" to me  always denoted a legitimate, fully-invested, authentic resident of the US who cared for and actually made up the people that really counted in this country and therefore could vote for their leaders

I guess that now anyone who happens to find themselves here in the US, whether illegal  alien, ISIS operative, Iranian "tourist" scoping out targets, etc. is OK. We're all equal. Why be a citizen?

Could you or one of your writers comment on this unfortunately now-archaic and hopelessly  out of favor term? Do you think that we'll ever have citizens, real citizens, again in the US?

Thank you and best wishes, but no name please...

James Fulford writes: Weirdly, you frequently see the phrase "undocumented citizens" for illegals. They are citizens, but usually of Mexico, or someplace. In 2002, Steve Sailer did a column on how many people had taken to referring to illegals as just "citizens". This included the second President Bush, who said "Remember, we've got hardworking citizens who are willing to walk 400 miles of desert in blistering heat to find work."

Steve Sailer proposed the concept of "citizenism" years ago, and the only thanks he got was to be denounced as evil by Bryan Caplan.

The one time you do hear about someone being an American citizen: when he's a Muslim terrorist.