A White Male Reader Says The Laws Are Stacked Against Self Defenders, Especially If They're White

Re: Eugene Gant’s blog item Why Can’t White Men Defend Their Women From Black Men? Is It Fear Of Hate Crime Prosecution?

From: An Anonymous White Male [Email him]

On the VDare.com blog Eugene Gant  wrote this: 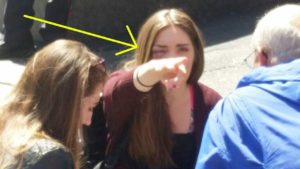 The answer to my question is this: Feminists and “anti-racists” have emasculated the American white man. He fears defending his women in general, and he fears defending them against black predators in particular — I suspect that most of the Hug Thug’s victims are white — partly because he fears being called a “racist.” That would be much worse than being called a coward. I suggest there's even more to it. I'm reading Andrew Branca's The Law of Self Defense, 3rd ed. and frankly, it's a wonder every white man who ever dared defend himself hasn't gotten "Zimmerman'd."

State laws vary far more widely than I had realized, but the median state-level treatment of people is such that if you don't have a badge on your chest you almost have to have already sustained a non-survivable wound to insure you won't be prosecuted if you act, for all practical purposes, like a man.

I never realized the degree to which our feminized legal code had already followed the example of our English and Australian cousins. To me, if a man is attempting to, unprovoked, strike me or mine, I should do the world a favor and shoot him. 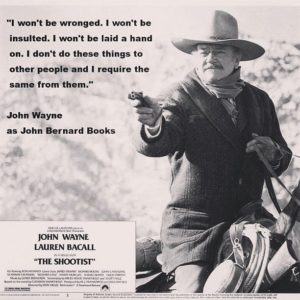 In fact, this would get me sent to prison essentially everywhere. There is never a reason for a man to attempt to strike me unprovoked. NEVER. Yet because I'm a big, strong man the law assumes I should duke it out with whoever attacks me or my wife, mano a mano, despite the fact that a single punch can yield death or disability.

I've been sucker-punched. The guy who did it should have been crippled or shot, as I see it. He could easily have killed me. And even if I'm engaged in hand to hand combat, I could be adjudged as going "too far" if some dispassionate Monday-morning quarterback notes that I hit too hard or once too often, assuming I win the donnybrook.

Yes, being tarred a racist is dangerous ground unless one has already achieved financial independence. But the stupid, decivilizing laws now on the books belie the top-line window-dressing of widespread shall-issue CCW laws. If most people only knew the jeopardy they court should they ever be placed in George Zimmerman's shoes....

Had that Hug Thug clown struck my wife I'm sure I'd be in jail. My wife could coat him with pepper spray but I might get brought up on charges for doing it. Add me beating him and the odds favor almost certain assault charges.

Our laws are messed up—and stacked against whites.