The January 27 tweet-storm on the VDARE.com Twitter account with Statue of Liberty arguments made me wonder, "what did the people who actually built that statue say about it?"

A search on DuckDuckGo found "Archive.org" has a transcribed version of the October 1886 inaugural ceremonies for Bartholdi's artwork "Liberty Enlightening the World".

Link: Inauguration of the Statue of Liberty Enlightening the World,  By the President of the United States On Bedlow’s Island, New York Thursday, October 28, 1886.

It appears from the record that the statue "Liberty Enlightening the World" is intended to be a war memorial and testimony of friendship between America and France—stated in terms celebrating Old Historic America and especially exalting The Founders and our French allies' critical help.

That is, if anyone cares what the artist and people around him thought. 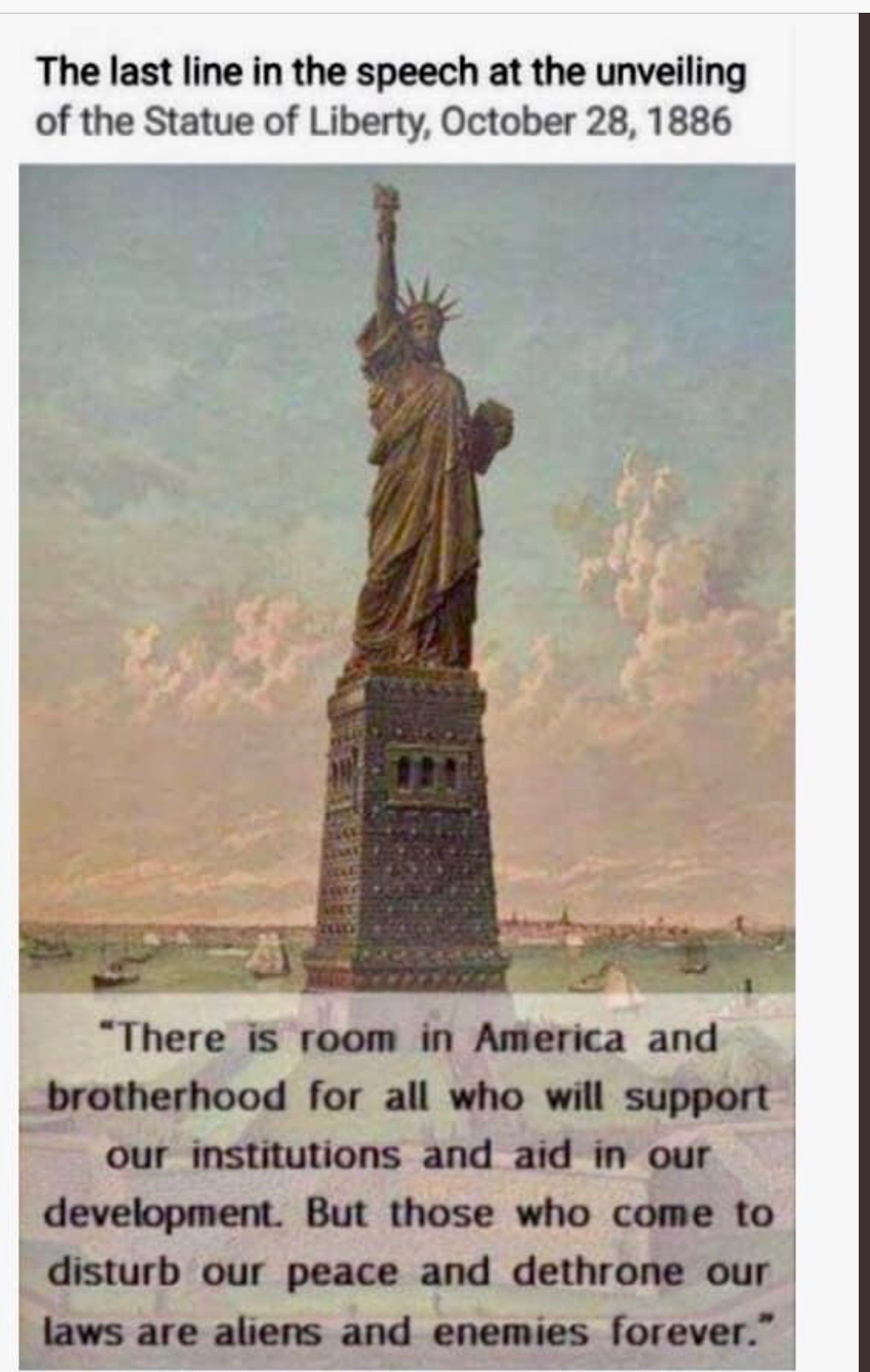 James Fulford writes: I do want to add that Chauncey Depew, a nineteenth century American orator who gave the Columbian Oration on the 400th Anniversary of Columbus’s landing, also gave a speech at this ceremony, and he did allude to the fact that New York Harbor, where the Statue was erected, was the entrance point to the US from Europe.

The rays from this beacon, lighting this gateway to the continent, will welcome the poor and the persecuted with the hope and promise of homes and citizenship. It will teach them that there are room and brotherhood for all who will support our institutions and aid in our development; but that those who come to disturb our peace and dethrone our laws are aliens and enemies forever.

I devoutly believe that from the unseen and the unknown two great souls have come to participate in this celebration. The faith in which they died fulfilled, the cause for which they battled triumphant, the people they loved in the full enjoyment of the rights for which they labored and fought and suffered, the spirit-voices of Washington and Lafayette join in the glad acclaim of France and the United States to Liberty Enlightening the World.

The meme at left has been fact-checked by TruthOrFiction.com as "decontextualized" which apparently means "True, but we still hate America."

For my own thoughts on the Statue, see Immigration Myths (contd.): The Statue of Immigration, or Liberty Inviting the World, written almost 20 years ago.