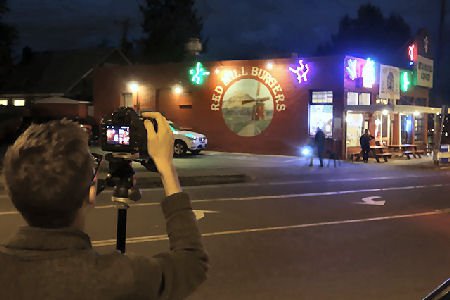 Perhaps more insidious than an outright ban is the cynical attempt to cash in on the Christmas Spirit without referring to it. Note that lighted monkeys will decorate businesses in Seattle from Thanksgiving to New Year's.

About 150 monkeys will hang from storefronts and trees along Phinney and Greenwood avenues from the zoo to North 87th Street between Thanksgiving and New Year’s, “part of the Phinney Neighborhood Association Business Group’s efforts to bring a little offbeat cheer to the neighborhood!” Veitenhans says.

Another part of the holiday lighting project will be a 17-foot-tall, 20-spoked, 6,000-LED-light “Glow Cone” that will hang from the old air raid tower at North 67th Street in front of the Phinney Neighborhood Association. It will be lit on Saturday, Nov. 29.

Monkeys instead of angels or even Saint Nicholas? What would one expect in a city like Seattle, where Lenin is honored with a statue?