Re: John Derbyshire’s article Moral Of The HAMILTON Hate Fest: These Goodwhites Are Nasty Pieces Of Work 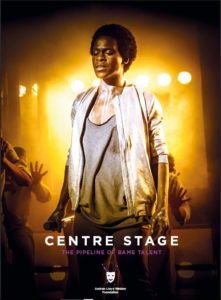 I was thinking of John Derbyshire’s article about the historically blasphemous musical Hamilton when I read the latest sellout to multicultural imbecility was none other than the renowned British musical composer and director “Lord” Andrew Lloyd Webber.

Yes, Lord Webber, who is a Conservative life peer, commissioned a report on the British theater calling it “hideously white”. Now designating any other group as “hideous” would get you to a hate crimes trial in Britain faster than one could say “Jack Robinson”, but apparently whites can be called anything pejorative in that land without fear of persecution.

“A major new diversity report commissioned by Andrew Lloyd Webber has slammed the UK theatre industry as “hideously white”. It says black, Asian and minority ethnic performers are regularly overlooked for lead roles and the sector has an “unconscious bias” against them.

The report, Centre Stage – The Pipeline of BAME Talent, [PDF] highlights the dominance of white students at drama schools, the lack of diversity on the UK’s stages, the financial barriers to training and the stereotyping that BAME talent is subjected to.”

Given that many plays produced in Britain are of traditional British origins—written and set in pre-multicultural times—then they attract players and audiences of similar origins. If you cast a black actor as Hamlet, it comes off as being weird.

Nothing precludes people of a “diverse” group from producing or writing their own plays and casting roles accordingly, including shameless works of cultural appropriation such as Hamilton.

Unfortunately, Lord Webber and his cohorts now want to shackle the great talents of the British theater to the loathsome dictates of multi-cultural guidelines justified by the warped mindset that these measures are going to save it. That is truly “hideous”!