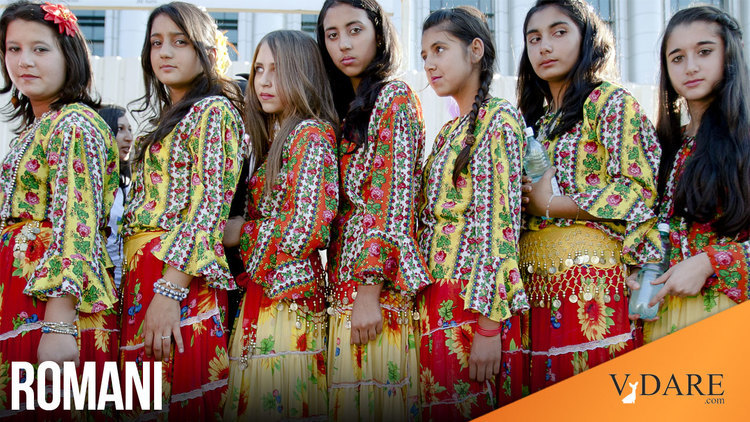 It appears those old, politically incorrect stereotypes about the gypsies (Roma) stealing babies are true!

“Pale, blonde and blue-eyed, the 4-year-old girl looks shyly into the camera.”

“Police in Greece say they found her Thursday with a Roma couple posing as her parents but have no idea who she is or where her real parents are.”

“Police first became suspicious because the girl, who is blonde with very pale skin and blue eyes, did not resemble the couple who claimed to be her parents.”

“DNA testing then showed that there was not any genetic compatibility" between the girl and the 39-year-old man and the 40-year-old woman, the police said, meaning they cannot be her biological parents.”

I am sick of how the PC idiots are now promoting the gypsies as the oppressed “minority” group of the moment. See Liberalism Is Freedom For Aggression, And Gypsies Have A Culture Of Crime By Steve Sailer. The people in Europe who have to suffer them know far better.

Madonna was loudly booed by her concert audience in Bucharest a few years ago for whining how the gypsies were “discriminated against in Eastern Europe”. Perhaps Madonna should invite a gypsy caravan to camp out on the grounds on one of her estate homes and see what happens.

Can you imagine the consequences if the Obama administration starts granting mass refugee status to the “persecuted” gypsies? If that does occur we better all start highly securing our children.