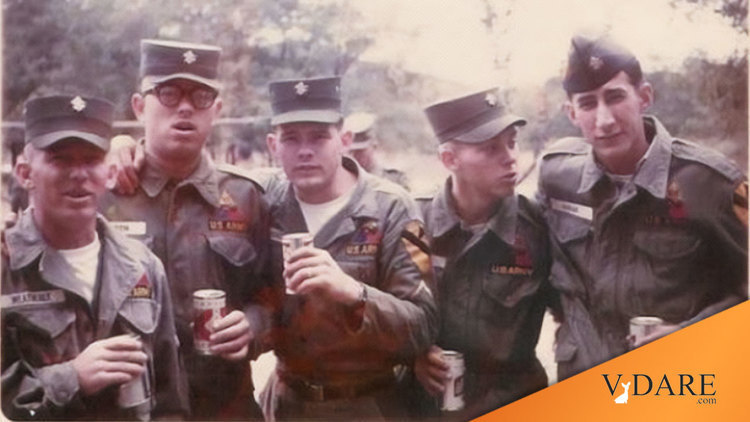 Re: A Veteran Asks: Where Are The American Legion, Veterans of Foreign Wars, Et Al. On Biden’s Immigration Treason?

I have found veterans organizations, excepting The Military Order of the Purple Heart, which has been delisted from representation by the VA, worthless despite their wrapping themselves in the flag. Their leadership appears to be mostly interested in getting positions in the Department of Veterans Affairs bureaucracy by courting whichever administration is in power. When I wrote to the president of the American Legion (I was then a member) pointing out the Clinton administration’s anti-veteran actions the reply dismissed the facts of the situation out of hand. I was on the Dole campaign at the time and prepared a paper lambasting Clinton for anti-veteran appointees, Dole’s staff ignored it, throwing away a solid campaign issue.

When he came into office President Carter issued an executive order saying female and minority candidates did not have to take the difficult and highly competitive Foreign Service Examination, they only had to send in a resume. Presumably this was to correct previous discrimination, although the exam was open to all. When asked about veterans already on the appointment list, the Department of State dismissed the inquiry with a curt ”they can take it again.” Later State tried to get procedures changed, saying they would give veterans their five or ten points legislatively mandated Veterans Preference if they made the list instead of when they took the exam. That State was violating the law if it tried to do so didn’t matter to Foggy Bottom. GAO found discrimination against veterans going back to 1992. In 2001 The Smithsonian was caught red-handed discriminating against Vietnam veterans by declaring them no longer veterans. The Office of Special Counsel found the Obama administration editing position descriptions to exclude veterans [Obama DOJ refused to hire veterans for jobs: Investigation, by Stephen Dinan, Washington Times, May 17, 2017].

Where were the veteran’s organizations protesting government’s blatant anti-veteran actions? Silent. Veterans, especially Vietnam veterans, were treated with disdain and contempt. They were “losers” to the service organizations because they “lost the war,” and white war criminals to the intelligentsia for fighting the communists. Why should it be surprising that these same organizations, having shunned veterans, would not shun the country? Go into any Legion Hall, it’s all about cheap beer.