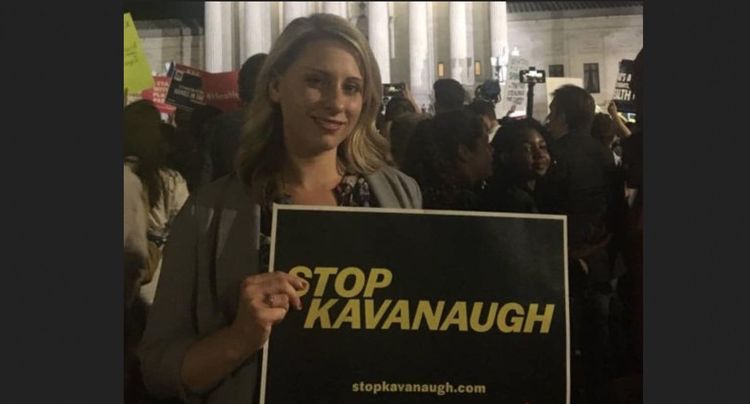 A couple of months ago, Kasie Hunt, an MSNBC host, remarked that it would be better if a woman were elected President because she would not have the same "character" issues as a male candidate when it comes to sex scandals.

“Can I just say, character-wise, let’s elect a woman, okay? This nonsense that’s been coming from our male politicians of all parties—I don’t know, I’m tired of it! You don’t want to worry about character? Elect a woman! Please. Thank you.”

Chuck Todd seemingly agreed with Kasie Hunt, noting that, "The facts are the facts." In the video below, the pertinent part starts at around 2:20.

Recently, Congresswoman Katie Hill (D-CA) and Congresswoman Ilhan Omar (D-MN) have both been engulfed in sex scandals. Katie Hill had an affair with one of her female staffers, and Ilhan Omar appears to be having an affair with a married Democratic operative. [WOW: Disgraced Democrat Katie Hill Pictured Nude with Iron Cross Tattoo Hitting a Giant Bong!  by Shane Trejo, Big League Politics., October 24, 2019 and “EXCLUSIVE: ‘She’s not fooling anyone.’ Ilhan Omar lives a double life of secret hookups and romantic vacays to Jamaica with her married aide, as they live together ‘on and off’ and even talk of MARRIAGE (once their divorces are finalized).” Daily Mail, October 24, 2019]

The most logical explanation for why we have not seen so many female politicians involved in sex scandals is because there have not been that many women holding elective office in past years. Now that more women are being elected, we are inevitably seeing more women involved in the same type of sex scandals that reflect negatively on their "character." Women are just as bad as men. It is just that they hide it better—or at least they used to.

But don't expect Chuck Todd, or anyone else in the Mainstream Media, to stray from the Narrative of critiquing our supposedly patriarchal society in the #metoo era.