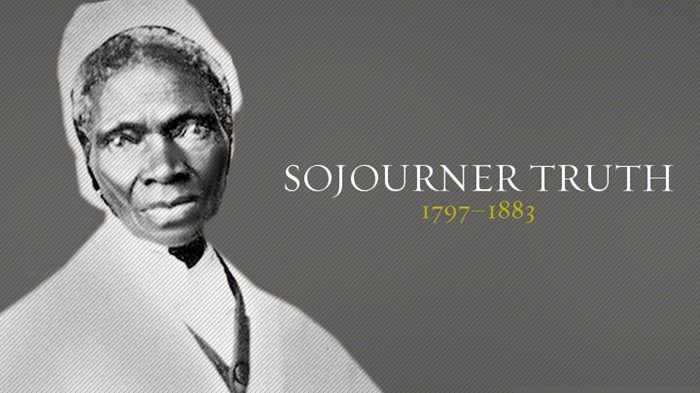 A Reader Reminds Us Of The "Truth" Behind Sojourner Truth: "Ain't I A Symbol?" 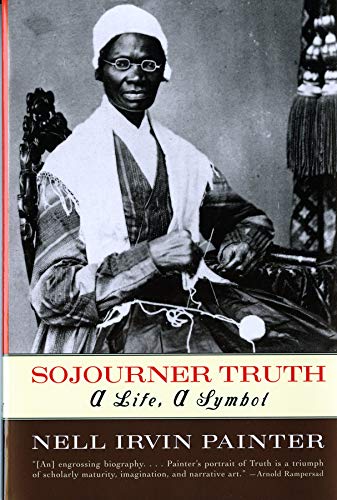 In addition to the nonsense about Harriet Tubman, there's the widespread myth of Sojourner "Ain't I A Woman?" Truth.

The whole thing's a lie. She did give a few remarks in 1851 to a women's suffrage conference but no one knows what she said. It was written up later on by a nice white lady in some newspaper. It's very similar to what happened with Tubman and her white lady publicist. Same ecosystem.

Simple logic bears this out. "Sojourner Truth" was born in the late 18th century in upstate New York as Isabella Baumfree. Her first language was Dutch. Yes, there was slavery in NY State, and yes, many Dutch-speaking people had slaves.

The white lady who wrote up ST's words in the newspaper stuck an exaggerated Negro dialect into her mouth. In reality she would have spoken with something of a Dutch accent, and spoke normal English as a second language.

She was unable to read or write but not because slaves weren't allowed to read. In fact, there was a law in NY State that slaves had to be taught to read, so as to read Scripture.

A white male historian whose name I forget began to dig up these facts in a (respectful) history, and a black female historian named Nell Irvin Painter noticed, so came up with her own book: Sojourner Truth: A Life A Symbol.

The promotional copy for this book doesn't say that the whole thing is a pack of lies, but instead puts it this way: "[W]hat is remembered of her consists more of myth than of personality."

There's a lot of that going around.