As before, these area cases from MurderPedia of cops who got careless with black motorists. 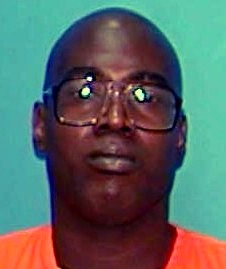 When Parrish attempted to handcuff Kearse, a struggle ensued. Kearse grabbed Parrish’s weapon and fired 14 shots. Thirteen of the shots struck Parrish, nine in his body and four in his bullet-proof vest

One of Kearse’s companions testified during the trial that Kearse shot Officer Parrish “because his probation was suspended and the police was [sic] looking for him already.” 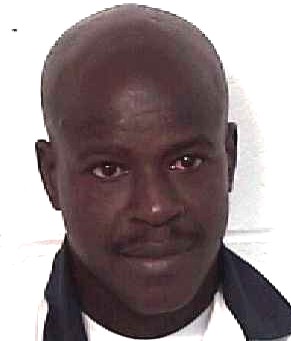 Mr. Mitchell, who had prior convictions for larceny and theft, testified that the white police chief used racial slurs and the gun went off during a struggle.

Disposition: Still on Death Row after all these years.

The assailant was identified as Oakland resident Lovelle Mixon, age 26, who worked sporadically as a plumber and custodian. Mixon wielded two different weapons—a 9mm semiautomatic handgun and an SKS rifle—during his deadly assaults on the Oakland police officers.

Mixon had an extensive criminal history. Beginning at age 13, he was arrested multiple times for battery, and by age 20 was serving a Corcoran state prison sentence following a felony conviction for assault with a deadly weapon and armed robbery in San Francisco.

After he was paroled, Mixon went in and out of prison. When the shootings happened, he was living in East Oakland at his grandmother's house and was wanted on a no-bail arrest warrant for violating his current parole conditions.

On March 20, 2009, the day before the shootings, the Oakland Police Department learned that Mixon was linked by DNA to the February 5, 2009 rape of a 12-year-old girl who was dragged off the street at gunpoint in the East Oakland neighborhood where Mixon's sister lived.

On May 4, 2009 a state laboratory confirmed not just this link, but also confirmed that Mixon robbed and raped two young women about seven hours before the shootings. Investigators said that Mixon may have committed several other rapes during recent months, although no convictions or indictments had been secured before his death. If Mixon had been arrested for his parole violation, he would have faced at most six months in prison; if convicted of rape, he faced a life sentence.

Mixon had also been the primary suspect in a previous murder case; however, due to lack of evidence he had been charged only with lesser violations: possession of drug paraphernalia, forgery, identity theft, attempted grand theft, and receiving stolen property.

The day of the shooting

On May 4, 2009, it was confirmed by a state laboratory that Mixon's DNA proved him responsible for a double rape that took place on the morning of March 21, hours before the shootings. At approximately 5:40 AM, seven hours before the first part of Mixon's assault on the officers, two young women in their 20s were setting up a food court at High Street and International Boulevard. Mixon pulled a handgun (believed to be the one he used hours later in the shootings), marched them four blocks at gunpoint, raped them, and then fled the scene.

At 1:08 PM PDT, approximately seven hours after the rapes, Mixon's burgundy 1995 Buick sedan was pulled over by two motorcycle officers, Officer John Hege and Sergeant Mark Dunakin, for a traffic violation, in the 7400 block of MacArthur Boulevard in East Oakland, one block away from Eastmont Town Center and an Oakland Police Department substation. After collecting Mixon's driver's license, Sergeant Dunakin became suspicious that the license was fake and signaled to his partner, Officer Hege, to arrest Mixon.

Witnesses say Mixon accessed a semi-automatic pistol and exited the vehicle, opening fire without warning. After both officers collapsed to the ground, he approached them and fired execution-style directly into their heads, then briefly remained standing over the bodies before fleeing on foot. Those who heard the gunshots reported Mixon as having fired six shots. Neither officer was able to return fire.

Disposition: Shot dead by the police in a gun battle in which Officers Sakai and Romans were killed. Otherwise, he’d probably outlive you and me while he appealed.