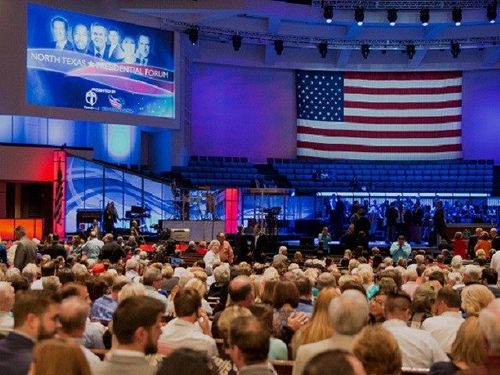 A Talk Radio Listener Says For Immigration Patriots, It's Trump Or Nothing—The Others Have Been Bought

Six Republican presidential candidates lined up to speak at a Faith and Freedom Coalition forum hosted by Prestonwood Baptist Church in Plano, Texas, on Sunday afternoon. Donald Trump was not one of them. Surprisingly, or perhaps not, the topics of illegal immigration and border security were not discussed by those who were there.

The candidates; Carly Fiorina, Sen. Ted Cruz (R-TX), Rick Santorum, Mike Huckabee, Ben Carson, and Jeb Bush, came and went from the stage and interview never mentioning one of the biggest issues before the Texas voters they were addressing – the Texas border with Mexico. Instead the candidates fielded softball questions from the host and moderator, Dr. Jack Graham, on topics like Obamacare, religious liberty, judicial activism, the role of faith in the candidate’s life and decision-making, and being a Washington outsider.

If Trump had attended, they would have been forced to discuss immigration. Without Trump, there obviously is a mutual understanding that the issue will not be mentioned. Clearly, there is no fallback candidate for immigration patriots in the event that Trump fails to get the Republican nomination. They all have been bought or hope to be bought. The choice is either Trump or stay home again on election day.