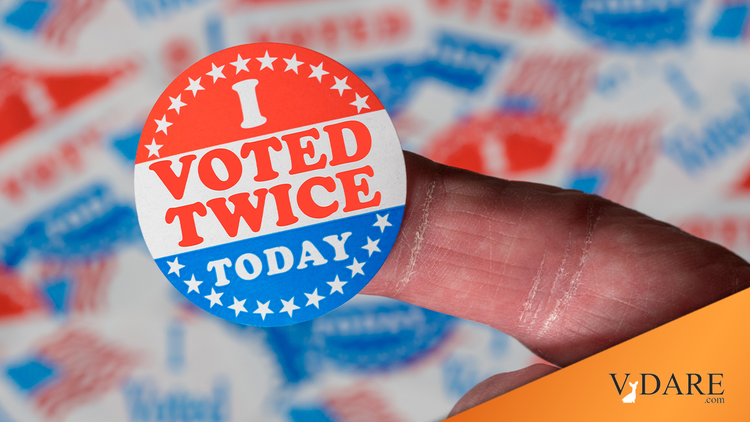 The Hill reports that “Democrats have won all 11 House races that were too close to call Nov. 4.”[House Dems' silver-lining wins by By Cameron Joseph, November 14, 2014]

In the absence of some kind of fraud, this defies the laws of probability.

This was noted by commenters at The Hill—two samples

Gary: “Of course the Dems won when given a little time they just kept finding uncounted votes. They just needed a few days to generate the needed votes to get to where they needed to be. Did anyone ever wonder why in a close race they always find uncounted Democratic votes and never Republican?”

C) Other I vote Gregoire. Franken was sly, not denying that. But finding a case load of ballots 17 days after the 5th recount in a backroom of the King County (Seattle) Courthouse, that was a classic.