From: A Reader In Maryland [Email him]

Another American girl victimized by an illegal alien—this happened in Maryland. 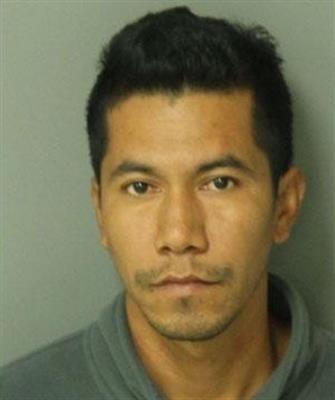 timore County girl has been charged.

The Wake County District Attorney’s Office said 32-year-old Victor Yanez Arroyo has been charged with kidnapping and first-degree rape of a 12-year-old girl. Now that the suspect has been charged with rape, 11 News is no longer identifying the alleged victim in this case….[VDARE.com note: The victim was a white girl—something the MSM should specify, once they’ve decided to withhold a victim’s name.]

U.S. Immigration and Customs Enforcement officials confirmed with 11 News that they have issued a detainer on Arroyo, who they said is also illegally in the country.

The detainer won't affect Arroyo’s trial. Once the criminal case is resolved, including any jail time to be served, Arroyo will be deported to his native Mexico, I.C.E. officials said.[More]

I have contributed money to VDARE.com before and will again in the future. I am also writing my congressman. John Sarbanes-D Maryland about this. Not expecting much. I am moving to Pennsylvania's 8th congressional district next year so I wrote to the Rep there, Republican Mike Fitzpatrick.

Under his "Issues" link, there was no mention of Immigration, Legal or Illegal. I suggested that he speak to his colleague Lou Barletta about the effects of this scourge on his community.

Keep up the good work.