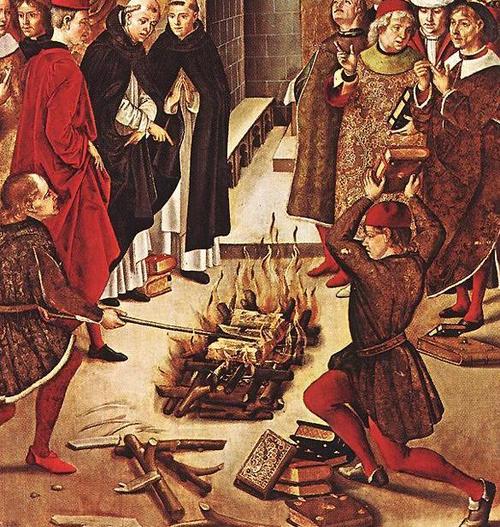 From: A Heretical Reader [Email him]

“The fourth estate, the press, the disciples of Voltaire, had replaced the clergy it had dethroned as the new arbiters of morality and rectitude.

Today the press decides what words are permissible and what thoughts are acceptable. The press conducts the inquisitions where heretics are blacklisted and excommunicated from the company of decent men, while others are forgiven if they recant their heresies.”

The central tenet, the DOGMA of all, is Universalism defined as “all humans are functionally identical.” It is blasphemy to cite incontestable facts that give lie to this dogma, absolutely no less today than it was to do so in Copernicus’ time.

Talk about collectivism. It seems even the Communists couldn’t have tried harder to square the circle of human differences. Marxism married to religious fervor is destroying Western Civ from the inside.

Only once it is fashionable to confront this reality, or the fashion of Cultural Marxism finally passes, will anything remotely improved emerge. Until then, we must accept that our hive-minded zealots of the Church of Universalism will continue to sacrifice themselves, their kids and other people to the heathen gods of Equalitarianism.

This all promises a future of unimaginable violence. Today the zealots of the Cathedral (Moldbug’s term) are feverishly mixing together utterly immiscible peoples, while tomorrow we can expect conflict at the same level as the English Civil War, where people of the same race, same culture and largely the same religion were killing each other over mere political differences.

Imagine what this means in our now phenomenally target-rich environment.