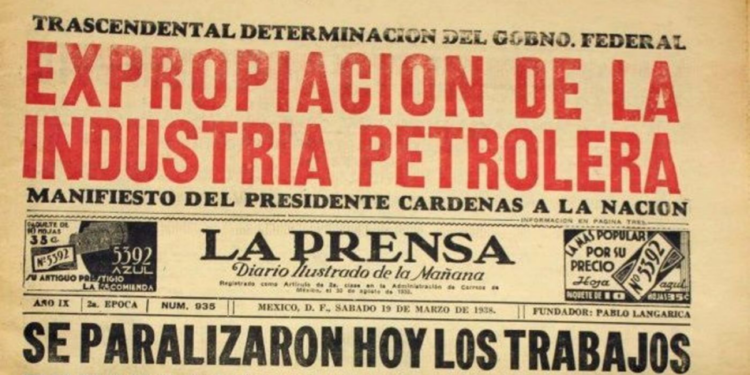 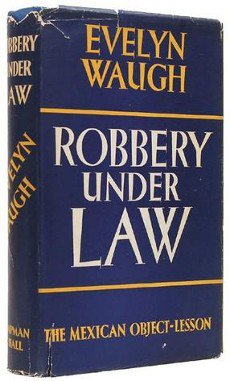 RE: Steve Sailer’s The Pageant of Birth Control in Evelyn Waugh’s BLACK MISCHIEF

I am embarrassed to say I have never read any of Evelyn Waugh's novels or travel books. Mr. Sailer has mentioned Waugh several times on VDARE.com, and his most recent article made me spend the morning looking into the life of Evelyn Waugh. One title of Waugh's caught my attention. It is Robbery Under Law, and is a “polemic travel book”describing the nationalization of the (American-owned) Mexican oil industry.

I found a paragraph from an article on Waugh in the AMERICAN CONSERVATIVE from ten years ago concerning Robbery Under Law.

It could plausibly be argued that the whole of Russell Kirk is contained in a single section from one of Waugh’s supreme masterpieces, Robbery Under Law, where he holds up to his most blistering ridicule the Jacobin gangster regime that had already terrorized Mexico for a generation. (Graham Greene treated this subject in The Power and the Glory, where alone among his novels he approached Waugh’s stature.) The regime’s Jefe Máximo in 1938, Lázaro Cárdenas, threatened Washington with that same mixture of bullying, wheedling, and begging familiar from Vicente Fox’s discourses today. (Although Cárdenas preferred old-style property expropriations to Fox’s demographic warfare.) Robbery Under Law, after treating its readers to one of the most magnificently homicidal anti-Wilsonian enfilades ever fired, concludes thus:

A conservative is not merely an obstructionist who wishes to resist the introduction of novelties; nor is he, as was assumed by most 19th-century parliamentarians, a brake to frivolous experiment. He has positive work to do … Civilization has no force of its own beyond what is given from within. It is under constant assault and it takes most of the energies of civilized man to keep going at all … If [it] falls we shall see not merely the dissolution of a few joint-stock corporations, but of the spiritual and material achievements of our history. There is nothing, except ourselves, to stop our own countries becoming like Mexico. That is the moral, for us, of her decay. Casualties of Waugh, By R.J. Stove • September 26, 2005