We must have a shortage of native born criminals to have to import them from El Salvador. Perhaps anti-gang therapy is what is called for from Dr. Obama. While the left is in a froth about rapes than never happen on the campus , when rape is at the hands of an illegal alien, I. E, an invader, it never happens. Where is the outrage from liberal Montgomery County, Md.? 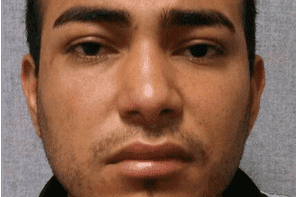 ROCKVILLE, Md. (WJLA) – A man who plead guilty to raping a woman along a popular walking trail in Montgomery County has been sentenced to 60 years in jail.

The judge presiding over the case said he deviated from guidelines when sentencing Torres because of the brutality of the attack.

Torres, a native of El Salvador who resided in Hyattsville, Maryland, was charged and convicted of first degree rape and robbery for attacking a female in May of last year along a secluded stretch of the Northwest Branch Trail in Silver Spring.

The woman, in her 20s, was grabbed by Torres in broad daylight. He had a knife and repeatedly hit and kicked her before he raped her and fled with her phone.

Detectives were able to apprehend Torres when he was spotted near the scene where the crime took place during the investigation.