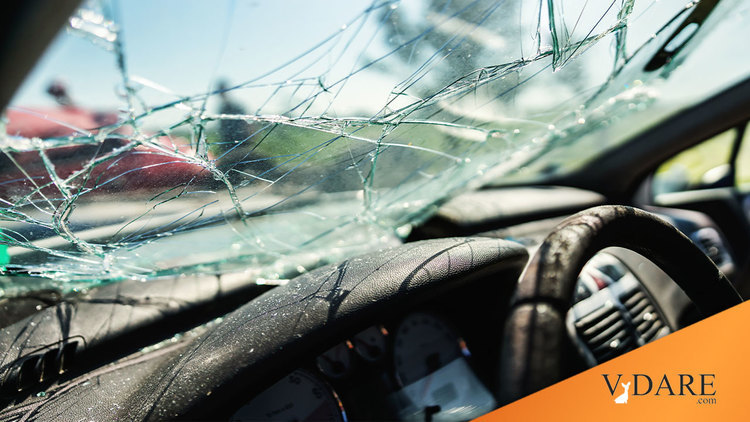 A Reader Who Survived A Hit-And-Run Accident Provides An Update On Her Close Encounter With An Alien.

From: Jennifer Nalon [Email her]

I was mentioned in one of the stories posted online... I was the victim in the hit and run car accident on July 6th, 2010. They did find the correct lady who hit me and took off with the kid—who was not even hers! She is due in court this Friday to be formally arraigned. Her name is Silvana Silva, but there are two more names with it.

Only ten days later, [After another 20 mile high speed chase that also ended in a crash] Jennifer Nalon's Honda sedan was blindsided by a Brazilian driver in Framingham. Nalon's car folded up like an accordion and she nearly died. But the driver didn't even bother to check to see if Nalon was dead or alive. Instead, she took her two year old son, threw him over her shoulder, and ran off into some nearby woods—she remains at large. [Framingham hit-and-run victim: 'She could have killed me', By Norman Miller, The MetroWest Daily News, July 8, 2010]

"[VDARE.com note: The Brazilian women named in the linked story has been cleared. (Brasileira é inocentada de acidente de carro em Massachusetts, Brasilian Voice.com, July 15, 2010) We confidently expect the new suspect, when found, also to be Brazilian, and are also confident that she won't be reported as such except in the Brazilian media.]"

This has turned out to be the case. Ms. Nalon's adorable Maltese dog, Alex, here, was also hurt in the accident, but has made a full recovery.