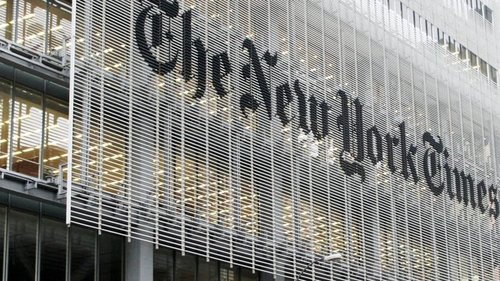 A Reader Wants To Know Where The NYT’s Timothy Egan Is Getting His Statistics. Answer: From Cheap Mexican Labor

From: Dan in Michigan [Email him]

So Timothy Egan of the New York Times made this claim in an op-ed yesterday:

Where the hell is he getting that stat from? I looked through all of the studies on the BJS homepage for rape and sexual assault, and the closest thing I found was a 1994-2010 study which said on Page 5 that Whites committed 70% of sexual assaults from 1994-98, 60% from 199-2004, and 57% from 2005-2010. That chart doesn't even list Hispanics or Latinos as a group. It lists Whites, blacks, other, mixed group, and unknown. And besides, he claims those stats are from 2013. But the 2013 Criminal Victimization study says nothing about the demographics of the offenders, just the demographics of the victims.

Even for the anti-whites, it's rare for them to pull stats out of their posterior. But it would be nice to know where he got his numbers from so we can look at them ourselves. Again, the specific stat is sexual assaults committed by Latinos compared to Whites.

James Fulford replies: This statistic, appearing as it does without a link on the NYT’s web page, shows once again that the NYT and other MSM types just expect us to take their word for things, whereas I’m always linking to and citing sources.

I think I’ve solved it, though. Egan’s source would appear to be an article by crazed Mexican nationalist Gustavo Arellano of Ask A Mexican fame, and it appears in Politico.

Emphasis added, and should be in red blinking text or letters of fire:

It didn’t break down the ethnicity or legal status of the offenders, but the Bureau of Justice Statistics’ (BJS) National Crime Victimization Survey breaks down such stats by victims. For 2013 (the most recent year available), it shows that whites accounted for 71 percent of all sexual assaults documented (above their total percentage of 63 percent of the U.S. population), while Latinos accounted for 9 percent, far below their total percentage of 17 percent. And as a percentage of all “serious violent victimizations,” sexual assaults represent 11 percent of the violent crimes against Latinos. For gabachos? 18 percent.

So Arellano, unable to find out how many Hispanics are offenders, because the BJS didn’t even ask this until 2012, has listed the fact that whites make up 71 percent of the victims, that’s victims, as his way of showing that “White Americans are far more rape-y” than Mexicans.

Does it not occur to him than many of those white female victims might have been raped by Mexicans? And when Egan plagiarized this—and it is plagiarism, he’s saying it’s from BJS statistics, but the BJS doesn’t say that, so he got it from Arellano, he gets it backwards, writing “Latinos, though 17 percent of the population, committed 9 percent of sex crimes.” No, Latinos only told the survey that they’d been victims at that rate.

That's what Timothy Egan gets for relying on cheap "Ask A Mexican" labor.