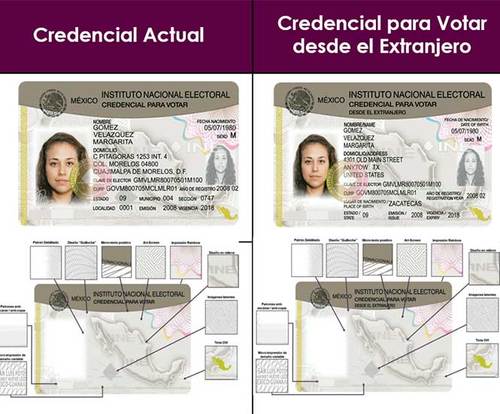 From: “Sertorius” [Email him]

Alan Wall's column today provided useful information. In fact, on the oblique it provided some information not well known here in America.

"If Mexicans in the United States (dual citizens or not) could vote, they could theoretically be very powerful. The INE calculates 26 million Mexicans reside in the United States. According to an INE poll 55% of them want the voter card. That may be an exaggeration, but the INE council unanimously voted to issue the new ID.”

Eureka! The missing Mexicans have been found! Still, we still don't know how many OTMs (Other Than Mexicans) are running loose here. Maybe their governments will be able tip us off.

I'm delighted to see the Mexican government do something useful for a change other than cause problems and in this case to admit to what some of us (like the late, great Terry Anderson) have suspected for years that there are far more illegal aliens living in the US than this ridiculously low figure of 11 million. Too bad the US government doesn't see fit to be equally honest with its citizens. This should settle the argument on just how many illegal aliens reside in the US and bury the 11 million myth once and for all.

James Fulford writes: Not so fast—the Mexican Instituto Nacional Electoral's calculation of the number “Mexicans” in the United States includes not only illegals, but legal immigrants (which is legitimate). It also includes  Mexicans who have acquired American citizenship, anchor babies, and possibly even some third-generation Mexican-Americans.

These last three categories are all people it would racist for you and me to call Mexicans, but the government of Mexico thinks that they’re somehow subject to their jurisdiction.