A Reader Wants To Correct Us On "Stars And Bars"

John Derbyshire uses the expression "Stars And Bars" to refer to the Confederate Battle Flag. O.K.,  here is a Confederate flag primer.

This is the Stars and Bars:

This is the Confederate Battle Flag:

This is the Confederate Naval Jack:

This is the Stainless Banner: 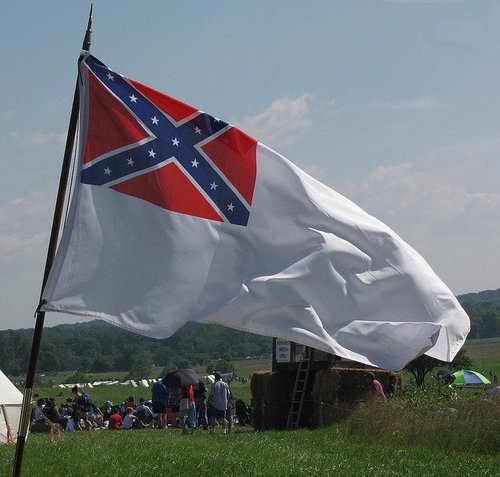 And this is the Bloodstained Banner:

(Keep in mind that all of these flags have variations.)

Personally I prefer the Confederate Battle Flag. I bought a 32"X32" version yesterday for $18.25 from an online retailer in New York state!

James Fulford writes: While the Cultural Marxists have managed to stop many retailers from selling these flags, those who are still selling them are selling out. As for the custom of calling the Battle Flag the "Stars And Bars", it's technically wrong, but fairly common, as a glance at a Google Image search will show. However, we'll avoid it in future.