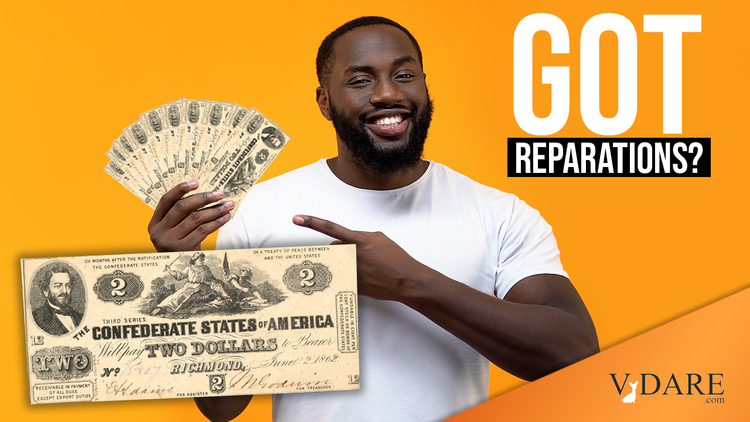 A Reader Suggests Making Reparations An Option On Tax Returns, And See Who Pays

From: Per Lundquist [Email him]

Your readers may be interested in the following observation about the reparations issue as the House moves forward with a bill to create an exploratory reparations commission.

Although the very idea of reparations is incoherent in both principle and in practice, it is worth considering the motives of advocates for reparations. For those with progressive acquaintances, ask them to consider the following proposal:

Add a section to everyone's tax return where you can check a box indicating that you wish to donate to a reparations fund administered by the IRS or some other ad hoc office. You can donate part or all of your refund, or add to the total that you owe by filling in the amount. This can be done for several years. You can also choose not to donate.

This idea will be instantly rejected, I suspect, by many progressives. Although it would likely generate an enormous sum of money from poseurs and moral narcissists, in my view it would not achieve the real objective of many advocates in the reparations movement.

Their fundamental motive is not to offer financial assistance to blacks, but to maliciously punish those whites who don't think they owe blacks anything. For many on the left, the reparations issue is not about giving; it's about taking.