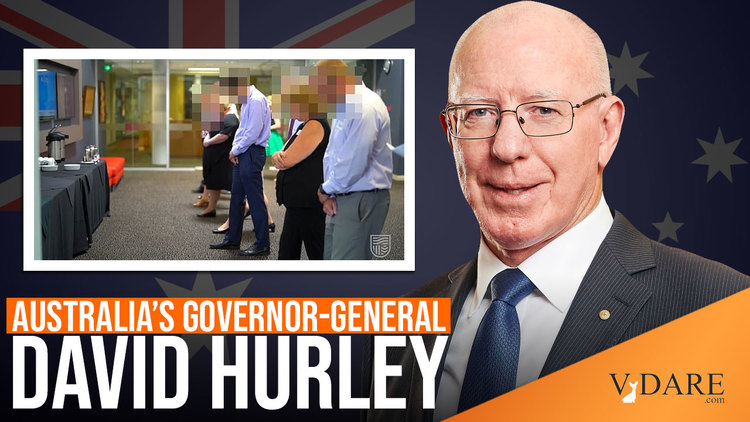 A Reader Reports The “Privilege Walk”  Virus Circulating In Australia

The endemic, woke “White Privilege” virus has evolved many times, including a new class of variants known collectively as the Peggy McIntosh virus type.  This class of woke virus has subsequently spawned many mutations, including the latest strain identified as the Privilege Walk which has just been detected amongst federal public servants employed in the Office of the Governor-General, Australia’s constitutional Head of State.[Governor General's staff to be asked to do woke 'privilege walk' so they can identify how entitled they are ..., Daily Mail, February 22, 2021]

Cooked up in an Australian woke social engineering laboratory (the Charles Sturt University), this particular “social justice” pathogen may prove to be as highly contagious as the “Taking the Knee” virus which recently swept politics, law enforcement, business and sports and it could be as virulent as the “Unconscious Bias Training” virus is in confined workspaces.

The “Privilege Walk” was developed from a 1998 essay by the aforementioned Ms. McIntosh titled “White Privilege: Unpacking the Invisible Knapsack” in which the academic revealed what she believes are the unfair, and unconscious, advantages that white people have over non-white people.

The “privilege walk” infection causes its victims to be lined up and to step forwards or backwards depending on their answers to questions such as whether they speak English as a first language, whether they can get band-aids to match their skin color, and other sinful markers of “how power and privilege can affect our lives even when we are not aware that it is happening”. 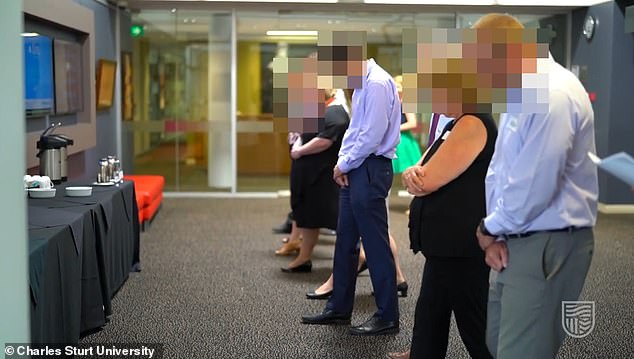 Whilst anti-White animus drives the “Privilege Walk” exercise, other Wicked People singled out for the Shuffle of Shame include those whose parents have never been arrested, addicted to drugs, or divorced; those whose parents have told them they were “beautiful, smart, or successful”; and those who are right-handed—all members of a privileged elite, apparently, who have never had to earn their rewards through hard work and talent.

Whilst the position of the Buckingham-Palace-approved Australian Governor-General, with their autocratic powers to override democracy (vetoing legislation, sacking democratically-elected governments, that sort of thing) is not one of the very many other benefits of Western civilization bequeathed to Australians from our British ancestors, the brilliant Monty Python is and John Cleese’s Ministry of Silly Walks sketch, which would be the natural home for the “Privilege Walk”, says all that really needs to be said about the latest anti-White woke malarkey now infecting the Australian Public Service.

James Fulford writes: Readers unfamiliar with the "White Privilege Walk" should read John Derbyshire's deconstruction of it here: White Like Me, July 10th, 2003.